An investigation showed that the semi had been improperly loaded and the driver was also cited for not maintaining a logbook. 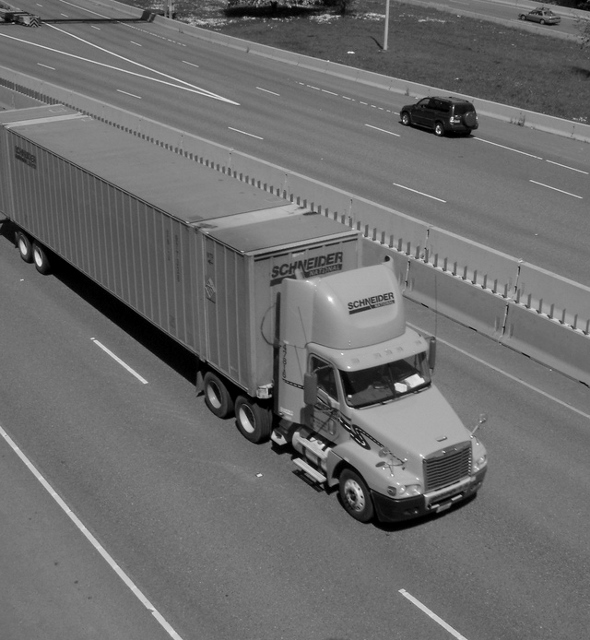 Accidents involving large trucks occur more often than we would like to imagine. And because of the size of the vehicles, fatalities or serious injuries resulting from these crashes are not uncommon.

Three people were killed in a truck accident in New Mexico in January of 2013. The accident happened on Interstate 40, near Grants, New Mexico. An eastbound semi collided head on with a moving truck, and the three individuals in the moving truck died.

The accident occurred when the semi-truck crossed the median and drifted into oncoming traffic. The driver of the moving truck was not wearing a seat belt, but the other two passengers were wearing theirs. Two individuals in the semi were also injured and were airlifted to two separate hospitals.

Police have stated that alcohol was not a contributing factor to the crash but have not yet determined why the accident occurred.

Another semi accident, in Portland, on February 21 of 2013 resulted in injury, this time to the driver. The semi was carrying a load of railroad ties. When the 21 year old driver made a right hand turn after exiting the interstate. The load in the truck shifted, causing the semi to roll over. The driver was trapped inside the vehicle and had to be cut out by the fire department and taken to the hospital.

An investigation showed that the semi had been improperly loaded and the driver was also cited for not maintaining a logbook.

Transportation companies must follow certain rules in order to operate their vehicles safely for their drivers and others on the road. The potential harm that can result from accidents involving these large vehicles, dictates that deviations from these rules are extremely dangerous. Proper loading of the vehicles and maintaining a logbook are some of these regulations that must be followed. There are further federal and state regulations that need to be followed.