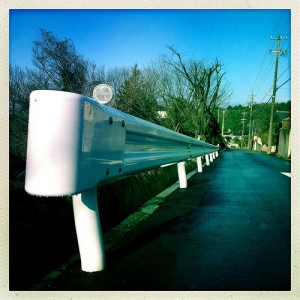 An accident in February 2005 left a 57-year-old former minister with permanent brain damage and injuries that lead to his left arm needing to be amputated.

The man was struck from behind while driving a rental truck as he was helping his son move.

The accident happened in New Jersey in the middle of the night. As the man was helping his son move to North Carolina, his rental truck was struck from behind by a CTX driver. After the collision, his vehicle struck a guardrail and then rolled over.

The man filed a lawsuit against CTX-Lambie Inc., the trucker’s employer. Court documents show that the plaintiffs contend that the driver of the CTX truck failed to keep accurate log books, and claimed that CTX neither adequately trained the truck driver nor supervised him sufficiently. There were additional claims that the company never investigated the man’s background before hiring him.

The defense countered in their own court documents that the driver of the rental truck was also negligent. At the time of the accident, he did not have a valid driver’s license, he was not wearing a seatbelt, and did not have his rear lights illuminated. The defense continued on to assert that the man had suffered a stroke several years prior to the accident, and that the stroke could have been the real cause of his brain damage, not the accident.

The attorneys for the plaintiff, reported that because of the brain damage he sustained in the accident, the driver of the rental truck had to move into a long term care facility in North Carolina.

When the case was originally filed in 2005, the family was asking for $6 million, the coverage amount of the policy CTX had on their driver and his tractor-trailer. The Kellys had reached this amount by calculating the costs of hiring a full time nurse to take care of Crawford Kelly and move him into his own home.

The defense was only offering $1 million. They had added up the costs of caring for Kelly in a facility for the rest of his life.

U.S. Magistrate Judge Susan D. Wigenton of the District of New Jersey presided over a three-hour long conference, where a settlement was reached. Had a settlement not been reached, a trial date would have been set.
The terms of the settlement stipulate that the man will have to compensate The New Jersey Turnpike Authority for damage done to the guardrail by his rental truck, and will pay for the damage done to the rental truck itself. Both of those expenses combined come to around $20,000, according to the his attorneys.

The family is happy with the settlement and hope that the man will now be able to move into a home and have a live-in nurse, as opposed to the care facility he lives in now that they describe as “a 12-foot-by-12-foot cinderblock room.”

If you have been in an accident involving a truck or large vehicle, contact a Missouri truck accident lawyer as soon as possible. The potential for devastating injury is very high, and the aftermath of these accidents can be very difficult for families. Attorneys can help to navigate these complicated cases and get you and your family a settlement or award that enables you to move forward.

A truck accident attorney will interact with insurance adjustors for you, making…Read

Should I Settle My Truck Accident Case With the Trucking Company?