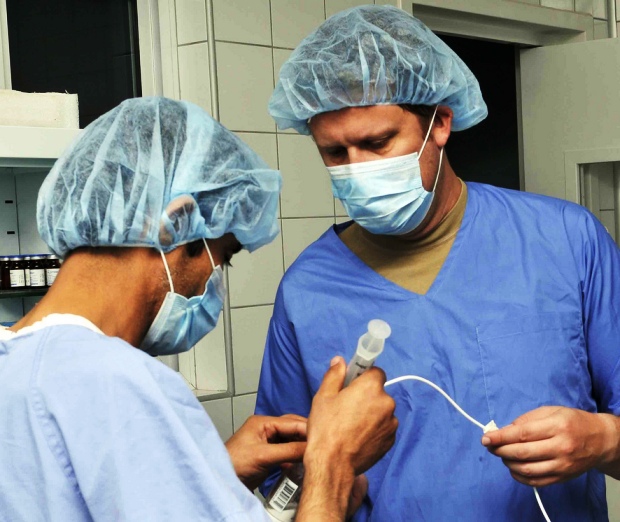 On July 13, 2012, a Tennessee woman, together with her husband and Vaginal Mesh attorney, filed a lawsuit against Boston Scientific for allegations of complications with the use of the company’s “Obstryx”. The case was filed at the Eastern District of Tennessee but was recently moved to the vaginal mesh multi-district litigation in West Virginia’s Southern District.

Assisted by a Vaginal Mesh lawyer, the Tennessee woman filed a lawsuit claiming that after the vaginal mesh was implanted on March 17, 2006, she experienced pain during sexual intercourse and urinary issues. According to her, she had the vaginal mesh implant to treat her stress urinary incontinence, a condition prevalent among older women, who urinate involuntarily when sneezing, laughing, coughing, or any other activities which put pressure on the bladder. The lawsuit included that the company’s marketing materials assured the woman and her doctor that the Obstryx product was not only effective but also safe to use. The woman is said to be undergoing treatment for the pain caused by the vaginal mesh.

The lawsuit also claimed that Obtryx’s FDA approval was fast tracked through the 510(k) process which did not require Obtryx to be subjected to clinical trials to prove it is safe when it can show that it is “substantially similar” to a product which had been approved in the past. It also claimed that when Obstryx was implanted on the plaintiff, Boston Scientific already knew that these mesh products had various defects but still marketed the product as safe. The lawsuit filed by the plaintiff and her Vaginal Mesh attorney further alleged that Boston Scientific was already aware that the vaginal mesh device could potentially cause injuries, complications, and failures. And that, at times, the device would not perform as expected.

A vaginal mesh serves as a reinforcement and is implanted by a doctor through a woman’s vagina. It aims to keep a woman’s pelvic organs in place. In the 1950s, what is now known as vaginal mesh was used for abdominal hernias. By 1970s, it was cut in various shapes to treat Pelvic Organ Prolapse and Stress Urinary Incontinence. The use of vaginal mesh became very popular during the latter part of 1990s.

However, in July 2011, the US FDA sent a public warning about the use of vaginal mesh. The document titled “Update on Serious Complications Associated with Trans-vaginal Placement of Surgical Mesh”  listed, among other things, the common side effects of a vaginal mesh implant such as vaginal tightening; bowel, bladder, or blood vessel perforation; urinary problems; pain during intercourse; infection; bleeding; and erosion of the mesh. The warning did not single out any brand of vaginal mesh. From 2005 to 2010, there were at least 2,500 reported cases of vaginal mesh complications.

If you are one of those harmed by a faulty vaginal mesh procedure or lax government oversight, please visit the St. Louis medical malpractice lawyers of the Zevan and Davidson Law Firm for a private and confidential consultation by calling (314) 588-7200 or filling out our online contact form.

The FDA has now issued warnings regarding vaginal mesh. The first few…Read

Given these complications, the issue of vaginal mesh safety has made its…Read