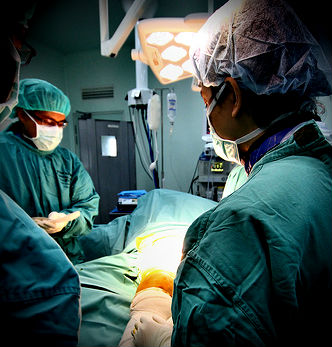 In order for a medical practice lawsuit to be successful, it would be beneficial for the injured party to hire an attorney who has a proven track record of success with cases similar to theirs. Proving medical negligence is more complex than a typical personal injury lawsuit. There are separate laws and statutes that your attorney must be aware of and follow in order for your claim to even be heard.

In Missouri, a plaintiff generally has 2 years after the date of the alleged negligence to file a claim. An experienced Missouri medical malpractice attorney should be aware of that statute as well as its exceptions. A claim involving a foreign object being left inside the body may be filed up to 2 years after the discovery of the object. If the plaintiffs’ injury resulted from not being informed of test results, then they have 2 years from the date which the results were finally made available to them to file a lawsuit. Medical negligence cases involving minors may be heard up until the minors 20th birthday but no more than 10 years after the date of the alleged act of negligence.

Most states require that a certificate of merit be filed in conjunction with a medical malpractice claim. In Missouri, the state usually requires the certificate within 90 days of the action being filed. The certificate of merit must state that a 3rd party medical expert has been consulted and reviewed the details of the claim. The 3rd must attest to the validity of the claim and find that the named defendant did not exercise reasonable care and that the failure to do so directly caused or contributed to the plaintiffs injury. There must be a separate certificate of merit filed for each named defendant. In addition each one must state the name and address of their medical expert as well as their qualifications. Failure to follow these procedures could result in your claim being dismissed. An experienced Missouri medical malpractice attorney will also be well aware that the state generally requires that expert testimony from the plaintiff be presented. Your lawyer should be knowledgeable of which type of medical expert is most pertinent to your case and have the ability to obtain one.

A St. Louis woman nearly missed out on a $900,000 settlement for an injury she incurred as a result of a cervical nerve root block. The attorney she originally retained not only failed to file a certificate of merit, he also conferred with a medical expert typically known to work for the defense in medical malpractice lawsuits. Initially her case was dismissed in court, but another, more astute medical malpractice attorney took it over and helped her get compensation for her injury.