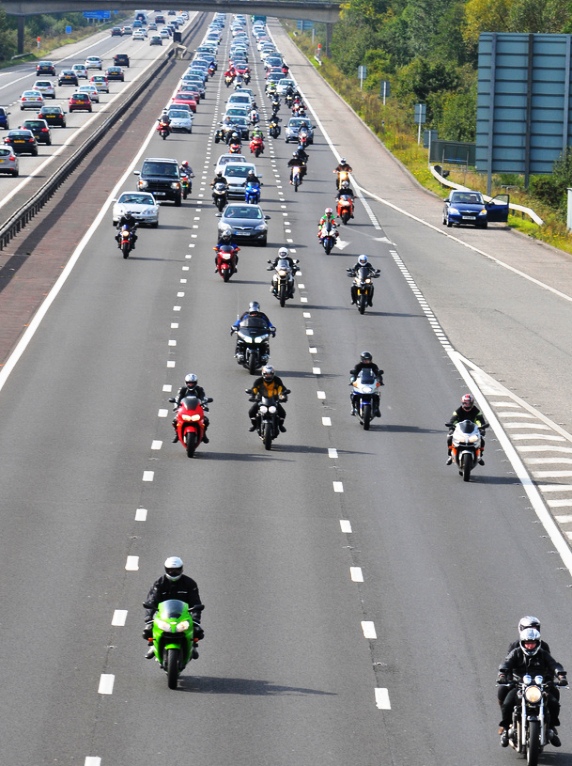 Motorcyclists are at greater risk of injury due to sudden changes in the road. Nearly half of all motorcyclist deaths involve no other vehicle.

In 2005, Ben Roethlisberger stood at the top of the world. Not only had he won the greatest prize in his industry, he was also the youngest man to do it. Four months after his victory he found himself in a much different situation. He suffered a broken nose, a broken jaw, and several other injures to the head and face due to a motorcycle accident. The story of Ben Roethlisberger, Super Bowl quarterback of the Pittsburgh Steelers is a sad, yet a common story. Many motorcyclists find themselves in precarious situations due to other motorists who are negligent and unaware of people that they share the road with.

A person driving a motorcycle is 35 times more likely to die in a vehicle accident compared to someone driving a car. Out of all the injuries that are sustained in a motorcycle accident, head injury is the most common.

T.E. Lawrence was a military man who had just left the service. His whole life was ahead of him. As a military soldier he earned many accommodations and moved up in the ranks. Upon returning home one day, a drop in the road prevented him from seeing two boys ahead. Thomas immediately reacted and swerved to spare the boys, but not his own life. Thomas, or T.E. Lawrence as he was known, died days later in the hospital. Although his story had a tragic end, he would be forever known as Lawrence of Arabia. The circumstances of Lawrence’s death lead to the use of helmets by both military and civilian motorcyclists.

As tragic as his accident was, it is not uncommon for many motorcycle drivers to experience similar situations. Motorcyclists are at greater risk of injury due to sudden changes in the road. Nearly half of all motorcyclist deaths involve no other vehicle. The chance for injuries and fatalities are also increased when motorcycle drivers do not wear helmets. These tragic accidents often leave families left to deal with both the pain and loss of a loved one and the financial burdens left behind.