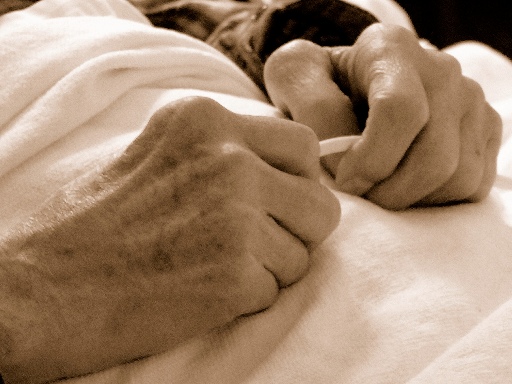 In California an elderly woman, Johnnie Esco, 77, died less than two weeks after being admitted to a nursing home, The El Dorado Care Center, where she was supposed to receive professional care in order to recover from a bout of pneumonia.  Her stay at the facility lasted only 13 days, during which time her husband and family visited her daily.  The woman’s family brought a civil lawsuit against the care facility and its former owners, and eventually settled in the sum of $3 million.  One of the nurses who had worked caring for the woman, and had been involved in another abuse case in West Virginia, agreed to work with prosecutors in pressing charges against her supervisors.  The supervisors could face up to five additional years for the criminal charges of great bodily injury and felony elder abuse.

Esco’s injuries included bruises to her jaw, chin, wrist, and chest, and she sustained an injury to her finger as well, and developed a severe fecal impaction.  She died March 7, 2008, at a nearby hospital.

Esco’s husband has been seeking justice for his deceased wife, but recently passed away before the settlement was reached.  But the California Attorney General continued on to press charges of felony elder abuse and the special charges of inflicting great bodily harm on the supervisors in charge of Esco’s care.  The women charged with the abuse, Donna Darlene Palmer – the former director of nursing at the facility, and Rebecca LeAn Smith, the nurse who eventually struck a plea deal, could face prison time.  Smith’s cooperation with prosecutors and pleading no contest to the count of elder abuse means her jail time will be suspended and she will be expected to testify against Palmer, if the need arises.  Both women are no longer allowed to perform hands-on nursing duties.

In cases of elder abuse or wrongful death, contact a nursing home abuse attorney immediately in order to seek justice for your loved one.  Entrusting your family or loved ones to the care of professionals should be able to set your mind at ease, but when this trust is abused, those at fault should be held responsible.  Though he did not live to see the outcome of the case, Don Esco, Johnnie Esco’s husband, who had been tirelessly pursuing justice, would have been pleased with the plea agreement, according to Deputy Attorney Steve Muni, who has been in charge of prosecuting the case.  Don Esco had compassion for Smith and believed that Donna Palmer was more at fault for under-staffing the facility in order to maximize profits.

It is important to contact a nursing home abuse lawyer immediately following a suspected nursing home abuse incident, because there are statutes of limitation at play.  In addition, in cases involving neglect and abuse, there are other individuals at risk, if the parties at fault are not held accountable for their actions.  Putting the elderly at risk or committing negligent or abusive behavior that results in injury or wrongful death is unacceptable.

At the Zevan and Davidson Law Firm we have qualified nursing home abuse lawyers with the proven ability to help you and your family receive the justice you deserve. Call us at (314) 588-7200 today! Or request a free and private consultation by filling out our online contact form.

Case of Nursing Home Abuse At An Elderly Care Center

Suffering abuse, injury, or death in these facilities is a grave injustice.…Read

The inspection included 513 nursing homes throughout the entire state of Missouri.…Read