Defining the Loss of Chance Doctrine in Medical Malpractice Claims

Contact Zevan and Davidson if medical treatment has made your condition worse. 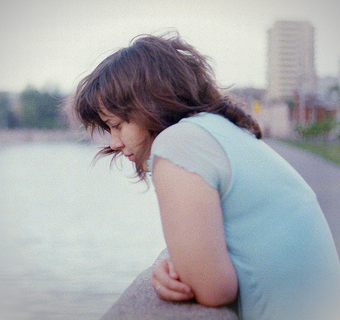 Traditionally, in order to be successful, a claim for medical malpractice must be able to show how the patient suffered as a result of the physician’s negligence rather than from the condition or injury that was being treated when the negligence occurred. In the last few years, many states, including Missouri, have furthered the interpretation of the laws to include a case for a loss of chance. This helps patients and their families recover compensation when the negligence of a physician causes a reduction in the chance for recovery or survival. If your medical care has actually caused your disease to progress further contact a medical malpractice attorney to see if your condition is compensable under this doctrine.

This past May, Minnesota joined the short list of states who will recognize that a there is a value on a patient’s chance of recovery or survival, and that the courts should consider that when looking at a claim for medical malpractice. Loss of chance works directly with the causation issue in a medical negligence claim. Courts are now beginning to accept the fact that medical advances do indeed allow a qualified physician to give an accurate assumption of a person’s chance of survival. This allows another way for an injured patient to pursue compensation and limits the way the medical professional may present his defense.

Lost chance of survival can be even more significant in birth injury cases. If applying the above mentioned principles, a medical expert can reasonably make a case that a child lost their chance to lead a healthy normal life when the negligent act was committed. This tactic was used in a Missouri trial where an infant died at 6 months old as a result of a brain injury sustained during birth. Evidence presented that showed how the baby would have most definitely survived had the obstetrician not been negligent during her birth compelled the jury to side with the plaintiff and award her $647,000.

In Missouri, a lost chance of survival claim is different from a suit for wrongful death. It is considered to be a personal injury claim that must be filed by the patient or his representative in the event of his death. The courts agree that a physician who fails to diagnose a deadly disease causes a patient harm by not allowing them the chance to be treated and recover from it. A lost chance of survival claim has only a 2 year statute of limitations in our state, so a Missouri medical malpractice attorney must begin filing the claim as soon as possible in order to have a chance of recovering damages.

Recognizing the value of a person’s chance at survival is a stride forward in medical malpractice litigation. If given the option to live or die, one can reasonably expect that a person would practically always choose to live. If a patient is denied the opportunity to make that choice because his physician failed to diagnosis a disease in time, then they should be held accountable. Ask a medical malpractice attorney at the Zevan and Davidson Law Firm to look at the records of your medical treatment if you feel that your chance of recovery was hindered by your doctor’s failure to diagnose.