Energy Drink May Have Caused Death of Young Man

There has been a lot of discussion regarding the safety of energy drinks. 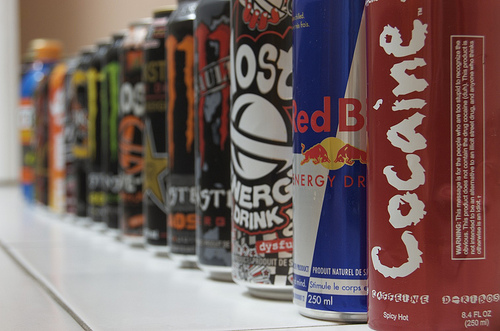 Monster Beverage Corporation is facing a lawsuit for the wrongful death of a 19-year-old man, Alex Morris, who died on July 1, 2012 of a cardiac arrest. Morris’ family has filed a wrongful death lawsuit against the company.

The Harmful Side of Energy Drinks

According to the coroner, the cause of Morris’ death was cardiac arrhythmia and cardiomyopathy. There were toxicity reports done and these along with the autopsy findings confirmed that Morris had not used illegal drugs or alcohol. But Morris had consumed two or more 16 oz. Monster Energy Drink cans in the 24 hours before he died. He drank the Monster Energy Drinks on a regular basis for some time. In the three years before his death he would regularly consume 2 cans of the energy drink per day.

The wrongful death lawsuit is being handled by the same attorneys who filed the lawsuit on behalf of Anais Fournier’s family after the 14-year-old girl died in December of 2011 after consuming the Monster Energy Drinks.  She explained the wrongful death lawsuit, saying that it is very difficult for the family and friends of Alex to relive his death, but that it is necessary in order to keep others safe. “We cannot be silent while more seemingly healthy young adults like Alex are putting their lives at risk, and we do not want any other parents to experience the devastation of losing their child,” she said. She wants Monster Energy to be held accountable and would like to see more research done and more regulation of the energy drinks.

If a child or loved one has been injured from consuming energy drinks, contact Zevan and Davidson Law Firm at (314) 588-2700 to discuss your legal options.