Any accidents involving semi trucks can be deadly. But a collision involving a motorcycle and a semi truck is not likely to end well. 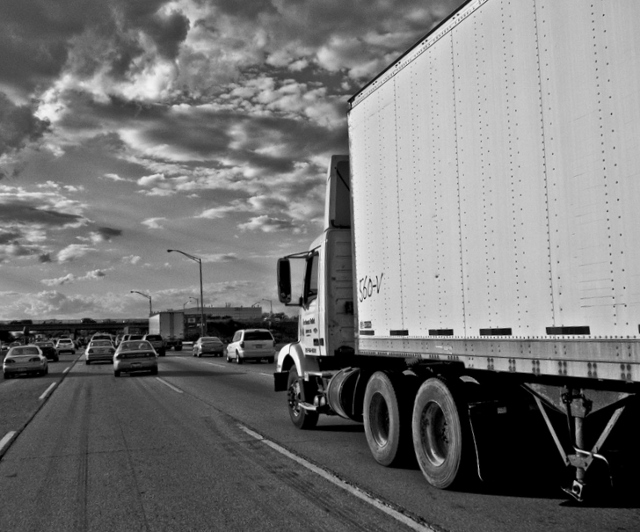 In Chicago, an Ogle County jury has just issued a $5.5 million verdict for a woman who was injured in a semi truck accident. Her husband died in the crash.

On April 23, 2008, the 58 year old woman and her 60 year old husband were on a motorcycle heading eastbound on their way to work. They were traveling towards an interstate exit ramp when a westbound tractor trailer that was attempting to make a left turn onto the exit ramp turned in front of the motorcycle. The tractor trailer was driven by a man who worked for Service Partners, LLC. The motorcycle struck the trailer as it was turning. It hit on the passenger side of the truck near the middle of the vehicle.

The woman’s husband sustained injuries to his chest, pelvis, and head, and he died later that day. The woman sustained injuries to her pelvis, ribs, sacrum, pneumothorax, and sustained many bruises. Her injuries were severe and some of them are permanent. She had several pelvic fractures, a closed sacrum fracture, and closed fractures of at least eight ribs, and she has a permanent drop foot. She has needed many orthopedic surgeries to correct some of these injuries. She now requires supportive and adaptive devices in order to live her life.

The jury took all of this into consideration and the fact that the couple has two children and returned with the $5.5 million verdict, the second highest verdict in the county for a personal injury case. The jury awarded $5 million to to the woman for her loss of normal life, emotional distress, the medical services she received, pain and suffering, as well as the predicted value of necessary future services.

The jury then awarded $1 million to the husband’s estate for medical services provided, grief and sorrow, loss of society, pain and suffering, as well as the loss of his services. However, because the jury did find the husband to be 50% negligent under comparative negligence laws the award was reduced to $500,000.

Any accidents involving semi trucks can be deadly. But a collision involving a motorcycle and a semi truck is not likely to end well. Because tractor trailers are so large, and because motorcycles offer no protection in the event of an accident, these crashes are very likely to be devastating, ending in fatalities or very serious life changing injuries.

Survivors of these crashes who suffer from extensive injuries will undoubtedly need comprehensive medical treatment and ongoing services. In some serious cases their lives will be changed forever.

If you or a loved one has been injured in an accident involving a semi truck, get in touch with an experienced Missouri truck accident lawyer as soon as possible. Your attorney will need to immediately begin an investigation into the circumstances surrounding the accident in order to determine fault and uncover necessary evidence showing that the negligence of the trucking company or driver contributed to the crash.

When a Tractor Trailer Collides With a Motorcycle