Medical malpractice occurs when a patient is harmed by the action of a doctor or the failure of a doctor or other health care professional to act appropriately. 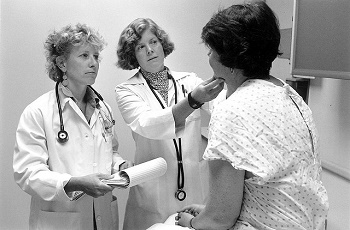 In Missouri, there is a limited period of time in which a victim can make a medical malpractice claim. The deadline is set by the “Statute of Limitations”, which is mentioned in Missouri code section 516-105, which states:

All actions against physicians, hospitals, dentists, registered or licensed practical nurses, optometrists, podiatrists, pharmacists, chiropractors, professional physical therapists, and any other entity providing health care services and all employees of any of the foregoing acting in the course and scope of their employment, for damages for malpractice, negligence, error or mistake related to health care shall be brought within two years from the date of occurrence of the act of neglect complained of.

Exceptions to the “Statute of Limitations”

Missouri medical malpractice lawyers tell us that although the law gives you a period of two years to file a malpractice claim, but it is highly advisable that the claim is filed as soon as possible, because any delay makes the case difficult to prove. Collecting evidences and reports, and proving negligence becomes difficult with passing time. So, the moment you realize that your illness or injury is a result of medical negligence, you should immediately consult with Zevan and Davidson Law Firm at (314) 588-7200.