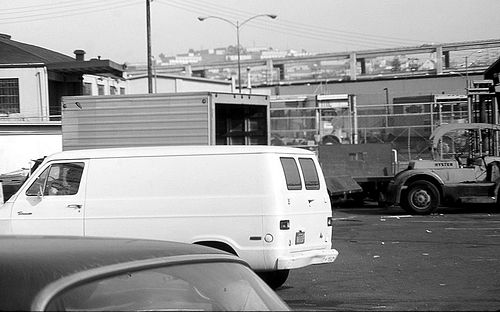 Two people have died as the result of a motorcycle and car crash that happened Monday, March 11, at 8:07 p.m.

The accident occurred in Fort Worth, Texas when a 21-year-old male riding his motorcycle on White Settlement Road and the Texas Loop 820 crashed with a four door Nissan. Both the driver of the motorcycle and the passenger in the Nissan died as a result of injuries sustained in the crash. The driver of the motorcycle was pronounced dead at the scene, according to the Tarrant County medical examiner’s office, while the passenger was critically injured but later died at Texas Health Harris Methodist Fort Worth Hospital.

Police reported that the motorcyclist was headed east on a 2008 Suzuki, while the Nissan was westbound and turning south onto the Texas Loop access road. According to police, the Nissan was turning “on a protected green arrow,” when the driver of the motorcycle “accelerated on a yellow light,” striking the passenger side of the car.

The 25-year-old driver of the Nissan and a 2-year-old passenger were checked for injuries at the scene of the accident, but neither needed to be taken to the hospital.

Another fatal motorcycle accident in Myrtle Beach, South Carolina, has police searching for the driver of a white van that crashed into a motorcycle in late May, fatally injuring the motorcyclist.

A 46-year-old male was riding his motorcycle on Robert Grissom Parkway and U.S. 501, traveling south. A northbound white work van attempted to make a left turn onto a southbound lane. Instead, the driver of the van hit the motorcyclist, who had a green light and was driving through an intersection.

Witnesses say that the driver of the motorcycle hit the side of the van, but instead of stopping to check on the man and help him, the driver of the van drove away. The motorcyclist was rushed to Grand Strand Regional Medical Center, but his injuries proved to be too severe, and he died at the hospital that night.

Police were unable to find the driver of the white van, which witnesses say had a blue tarp on the top, and looked like it had dual doors and windows on the backside, and was damaged on the passenger side where the man smashed into it.

Because of the disparity in size between vehicles and the lack of protection that motorcyclists have, motorcycle accidents are more likely to injure motorcyclists, often severely. Motorcyclists can suffer traumatic brain injuries, broken bones, spinal cord injuries, road rash, internal organ injuries, and countless other injuries. Some injuries can be fatal. These can be devastating and life-altering. Medical expenses add up quickly and lost wages can mean financial hardship for families. In addition to these, you may be entitled to compensatory damages for pain and suffering and other motorcycle accident related expenses.

If you or a loved one have been victim to a motorcycle accident in Missouri, the lawyers at the Zevan and Davidson Law Firm can help you hold the responsible party or parties accountable for their actions. To learn more about your rights and the compensation you may be entitled to contact Zevan and Davidson by calling (314) 588-7200 or filling out our free online contact form to schedule a free consultation.

Distracted driving ends lives. The attention of any motorist is usually focused…Read

Hit and run accidents can cause immense physical, emotional and financial loss…Read