Last week, a horrible case of medical malpractice came to the fore in North Carolina. 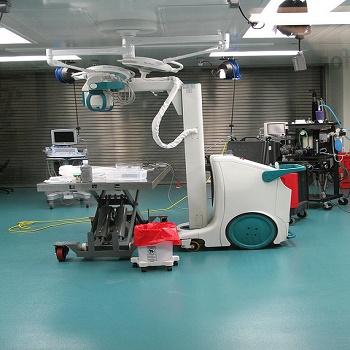 It was reported on February 12, 2014 that doctors and officials from Novant Health Forsyth Medical Center in Winston-Salem, North Carolina, had to notify eighteen neurosurgery patients that they might have been exposed to a serious and incurable neurological disorder known as to Creutzfeldt-Jakob disease (CJD).

An error on the part of Novant Health Forsyth Medical Center may have exposed eighteen persons to this fatal disease. According to the reports available with St. Louis medical malpractice attorneys, the hospital had performed a surgery on a patient already affected by this rare disease. They used the same instruments to perform neurological surgeries on eighteen more people, without sterilizing them using advanced procedures. Equipment used on CJD patients cannot be sterilized using normal procedures, and it is the duty of the hospital to use advanced sterilization procedures.

The hospital acted negligently even though they suspected that the patient they had performed a surgery on could be suffering from Creutzfeldt-Jakob disease.  Missouri medical malpractice attorneys informed that Creutzfeldt-Jakob disease is a degenerative and fatal brain disorder characterized by rapid progressive dementia. According to the National Institute of Neurological Disorders and Stroke, one person in a million is reported with this incurable disease every year. Unfortunately, about 90 percent of those affected by this disease die within one year of developing symptoms.

Missouri medical malpractice lawyers believe that although it is a rare possibility that surgical equipment could act as a carrier of the disease, but there are no tests to establish whether the patients have become infected or not. So the patient has no option but to wait, and hope that they do not get affected.

The Right for Compensation

Such cases of hospital negligence are not uncommon. We have come across numerous cases from across the world where the hospital failed to sterilize the surgical equipment properly and exposed the patients to infections and diseases. However, it is important that the victims know what they should do when they suspect that they might have become injured or caught a disease due to the negligence of the hospital.

According to Missouri medical malpractice attorneys, every person who has suffered physical, mental, emotional, or financial losses due to the negligence of a doctor, hospital, or care provider has the right to claim a compensation for all losses. The moment you suspect that you or your family member may have become a victim of potential medical negligence, you should consult one of the experienced St. Louis medical malpractice attorneys.

A medical malpractice attorney would conduct a detailed investigation to find out what went wrong, who is to be held responsible for the negligence, and what kind of compensation can be claimed. They will help you get all the rightful claims that you deserve.