The final settlement was approved by Lake Superior Judge John Pera on June 24. 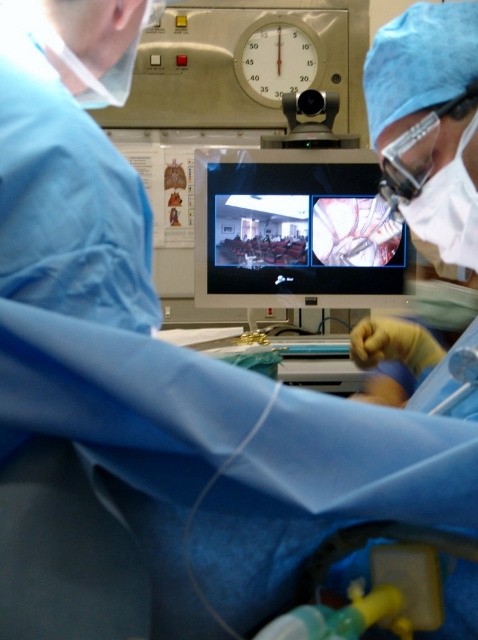 Rob Tepperman of Munster, Indiana, had to undergo surgery in 1999 to relieve his sinusitis. After the surgery performed by ENT specialist Dr. Mark Weinberger, however, his condition became worse. Additionally, immediately following the surgery, Tepperman’s wife Susan waited in the waiting room for the doctor to update her on her husband’s condition, as he had told her he would do, but he never came. Susan was very upset because she had questions for the doctor regarding follow-up care. But when she called to speak with the doctor, according to the Teppermans, he was “was rather belligerent toward her.”

Apparently this just set the tone for an experience that continued to be very dissatisfying. As his condition worsened after the surgery, Tepperman decided to see another ENT specialist. The consulting doctor said that he probably would not have performed the surgery given the same circumstances. Tepperman contacted attorneys in Merrillville, Theodoros & Rooth P.C.

It was around this time that Weinberger left his Merrillville practice and seemingly disappeared. Tepperman began feeling even more wronged by the doctor when he learned of more stories like his in the next few years. More claims against the doctor, describing instances of unnecessary surgeries or surgeries that were damaging to patients’ well-being, as well as stories of patients billed for procedures that never happened, were worrisome to authorities and patients alike. Dr. Mark Weinberger was eventually located by authorities in 2009 in the Italian Alps, hiding.

The doctor plead guilty to 22 counts of health care fraud and is currently serving a seven year sentence in federal prison. Thankfully the majority of the over 300 former patients who sued for malpractice were included in the remedy.

The final settlement was approved by Lake Superior Judge John Pera on June 24.

Tepperman and his wife are thrilled with the result of the lawsuit. Theodoros & Rooth and Cohen & Malad LLP of Indianapolis were able to secure a settlement of $55 million for the 280 patients they represented to be paid from the Indiana Patient’s Compensation Fund. Tepperman has said that he never expected the ongoing case to be resolved with a favorable outcome, but unfortunately, his original medical problem persists. “I’m still dealing with a problem that was worse than when I went in. To have some monetary reward for that is certainly nice.”

Attorney Barry Rooth makes it clear that “While (Weinberger) may be sitting in prison serving time for health care fraud, he’s not serving time for the injuries he caused these patients.” Rooth said Tepperman’s experience “is a good example of what a tragedy this is. Here’s a successful business owner who did his homework.” Tepperman believed he was making an informed choice by seeking care from  Weinberger, who was Ivy League educated, had a successful practice, and participated in top-notch residencies and fellowships.

If you or someone you love has been the victim of medical negligence, contact the St. Louis medical malpractice lawyers at the Zevan and Davidson Law Firm today to schedule a free consultation by calling (314) 588-7200 or filling out our online contact form.