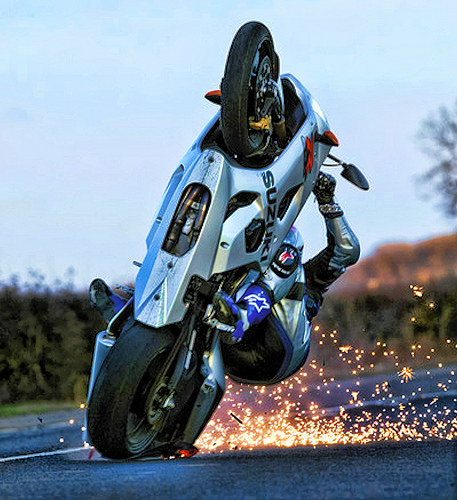 A successful motorcyclist must possess both skill and judgment in order to avoid an accident.  An unpracticed bike rider may panic under certain conditions.

Inexperienced riders not only pose a risk to themselves, but to the other motorists that they share the road with. There are certain conditions and scenarios that an unpracticed bike rider may not be familiar with and cause them to panic. Many of these can be exacerbated by the negligent actions of another driver. Do not assume fault if you have recently been involved in a motorcycle crash before discussing your case with a Missouri motorcycle accident attorney.

Everyone Starts Off Inexperienced

At one point or another it was everybody’s first time at something. A 16 year old does not simply jump into the drivers’ seat of his dad’s Buick  for the first time and automatically knows how to back it out of the driveway. Just like with cars, it takes time and practice to master the skill of riding a motorcycle. In Missouri, a driver must possess a special Class M endorsement on his driver’s license in order to drive a motorcycle on state roads. In order to obtain that endorsement they must pass a written and practical exam as well as a road sign and vision test. Minors seeking a Class M endorsement are also subjected to completing a certain number of supervised driving hours before being given a restricted license.

The most common error that a new rider can make is to panic when faced with an unfamiliar or scary situation. They may overturn slightly, but when they feel the impending fall, they fail to correct it in time, allowing the bike to hit the pavement. Avoiding a collision is another scenario where they may momentarily forget what they have learned and react by braking to hard. This can cause them to skid and cause even greater injury.

This happened to a young lady in rural Missouri while she was out riding her motorcycle. As she headed around a turn, she came across a truck heading towards her in her lane. Instead of swerving out of its path, she instinctively attempted to brake too hard causing her to skid out and strike the front of the pick-up. She suffered a multitude of internal injuries and was left with a hospital bill in excess of $60,000. The insurance company for the defense tried to claim that her inexperience caused her to react improperly and was ultimately the cause of the crash. The jury disagreed, and felt that despite her newly obtained license, the truck was liable for having crossed the center line. They awarded $500,000, with partial liability to the plaintiff of only 5%.

When the Other Driver Was Negligent

Whatever your particular circumstance may be, you should never allow another driver to place the blame of an accident on your shoulders solely based on the amount of time you have held a license. No amount of training can prepare a person for every possible event. If you feel that your recent motorcycle accident could have been avoided had the other driver not been reckless, than discuss your case with Zevan and Davidson Law Firm, L.L.C.  Everyone makes a mistake from time to time, and you should not be deprived of your rightful compensation just because yours happened to be caused by the negligence of another driver.

The Harm Inexperience Can Cause

Helmet laws can have an effect on personal injury lawsuits as well...…Read