A birth injury that causes cerebral palsy should be carefully looked into to determine if medical negligence played a part. 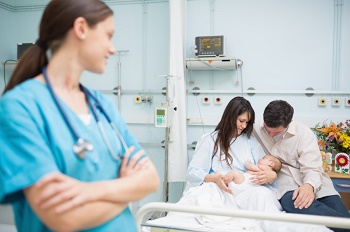 Cerebral palsy caused by a birth injury may have a life long impact on the family.

Cerebral palsy is among the most common developmental disabilities in children in the U.S. According to statistics, as many as 764,000 kids and adults in the United States are suffering from at least one symptom of cerebral palsy. Every year, 8,000-10,000 new cases of cerebral palsy are diagnosed every year.

What is Cerebral Palsy?

Cerebral palsy is a term used for a variety of neurological disorders that cause problems in muscle coordination. It usually cannot be diagnosed at birth, and is detected when the child fails to meet developmental milestones. Quite often, the condition is diagnosed after the child reaches age two or three.

Symptoms can range from being mild to severe. Common symptoms are rigid or spastic arms, lack of movement control, impaired brain function, and hearing and vision loss. Some other issues associated with cerebral palsy are difficulty speaking, swallowing, and eating.

It is important to get a thorough medical examination of your child to discover whether it was caused by medical negligence, and if you can file a lawsuit against the doctor or hospital at fault. Like most other medical malpractice cases, cases involving birth injury related cerebral palsy are quite complicated. It is important to consult an experienced St. Louis medical malpractice attorney who specializes in birth injury lawsuits.

Most brain injuries are caused by motor vehicle accidents, slips and falls,…Read