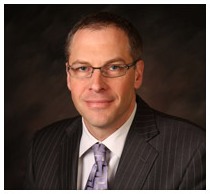 The plaintiff was a 56 year-old locomotive engineer with many years of excellent service to AMTRAC. On February 9, 2009, the plaintiff was executing his typical route fromSt. LouistoKansas Citywhen he came upon a section of unusable track. He stopped the train, and requested that the passengers on board file onto a chartered bus operated by Mid-American Coaches. The engineer joined the passengers on the bus.

During the trip to Kansas City, the bus narrowly avoided a collision with a speeding ambulance that was not employing its siren or lights. The plaintiff, returning from the bus restroom at the time, was knocked to the floor by the sudden stoppage, hitting his head and injuring his spinal column. This injury was exacerbated by another work-related injury suffered on March 2, 2009.

The attorneys were able to supply several key witnesses, including attending and rehabilitation doctors, to defend the plaintiff’s claim. Key to the prosecution was evidence from several eyewitnesses who testified that the ambulance failed to use its emergency lights and sirens as it entered the intersection. The prosecution also underscored evidence that speeding ambulances do not arrive at an emergency any faster, and actually cause more damage than ambulances observing the speed limit.

Although one of the oldest professions in human history, farming remains one…Read