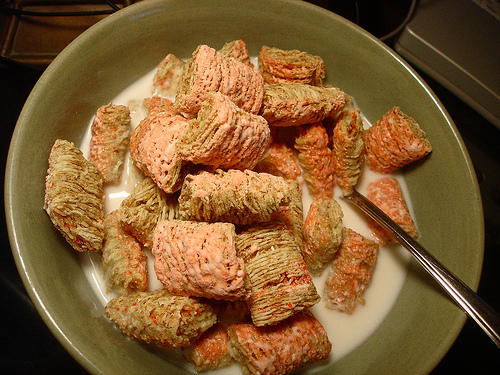 The Kellogg Company has finally settled a class action lawsuit against it claiming the company falsely advertised its Frosted Mini-Wheats cereal to the tune of $4 million.

The lawsuit was filed in 2009 after Kellogg’s advertised its cereal as being able to boost children’s cognitive functions – like memory and attentiveness. They went so far as to claim that the cereal was “clinically shown to improve kids’ attentiveness by 11 percent.” This erroneous and misleading claim was caught by the the Federal Trade Commission (FTC). The FTC filed a lawsuit against Kellogg in order to get them to discontinue the misleading advertisements.

We tell consumers that they should deal with trusted national brands, so it’s especially important that America’s leading companies are more ‘attentive’ to the truthfulness of their ads and don’t exaggerate the results of tests or research.”

After the FTC filed the 2009 lawsuit Kellogg did stop running the false advertisements, but resolving the lawsuit took several years. The resolution came in Kellogg’s agreement with the decision that they were to put the $4 million in a fund that will be used to refund Americans who meet the eligibility and file a claims form. To be eligible, a person must have bought a box of Frosted Mini-Wheats between 2008 and 2009. It is possible to receive a maximum of $15, at $5 a box.

Tim Blood, the attorney of the parents who filed the class action suit acknowledges that $15 is not a large amount of money but that it is more about accountability than anything else. He said in an interview:

The concept behind class actions is that you take a bunch of individual small claims and you aggregate them, and that has the effect of leveling the playing field, so that collectively all of the consumers can band together against wealthy corporations who engage in wrongdoing.”

In a situation like this, lawyers for duped parents must prove that the advertising choices of the company could deceive a reasonable consumer. Because Kellogg’s falsely claimed to have conducted clinical trials, parents might be deceived into believing that the cereal could benefit their child.

These deceptive practices that make exaggerated claims are not uncommon, they are fairly typical of big food corporations. Most people never read the fine print, and only glance briefly at a label or ingredients. False claims about “real ingredients” like fruit are commonplace.

Because the FDA cannot regulate instances like these ones, big food corporations take advantage, sometimes even inappropriately marketing to children. They argue that consumers must be personally responsible for making healthy choices, therefore there is no need for increased regulation.

But lying to consumers and making false claims about products may seem eerily similar to the tactics that Big Tobacco used, and those tactics were deemed by a federal court to have “deliberately deceived the American public” regarding the dangers of smoking.

Our law firm has the experience and the resource needed to successfully represent product liability victims.