Lap chole is an abbreviated form of laparoscopic cholecystectomy, one of the most common scheduled surgeries in American hospitals. 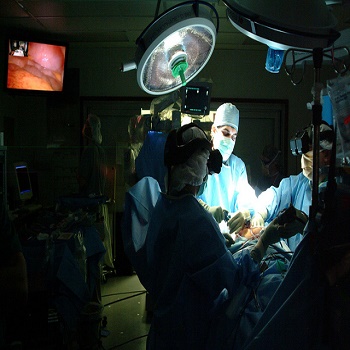 This is the removal of a person’s gall bladder using small incisions and a video camera to guide the surgical instruments. There is plenty of room for error, and a surgeon needs to be overly vigilant during this type of procedure. The standard of care to be met during a lap chole procedure is well established and well known not just in the medical community, but also with medical malpractice lawyers. If you recently suffered from a complication following a lap chole procedure you need to bring your medical files to a Missouri medical malpractice attorney for review. Their extensive experience in this type of case will help determine if you are entitled to receive compensation.

The Most Common Reason for Mistakes

The non-invasive appeal of a lap chole procedure is also the most common reason for mistakes to be made. With the limited field of visibility offered by the camera, the surgeon sometimes mistakes certain parts of the anatomy. There are a series of ducts serving the gallbladder, liver, and pancreas. In some instances the wrong one is cut or gets clipped during the procedure. While this is a known risk of the surgery, a surgeon is expected to be able to recognize his error and amend it.

A Known Standard of Care

If there is a question regarding anatomy during surgery, or the surgeon is unsure where to cut, the expected standard of care is that he would stop what he is doing and get visual confirmation before proceeding. This was the basis of a Missouri medical malpractice case where the patient died after his surgeon failed to recognize that the wrong duct had been cut. It was settled with the patients family for $1.5 million once it became clear that the surgeon had deviated from the known standard of care by cutting into the anatomy before taking the time to correctly identify it. Other surgeons called to give testimony made it clear that he should have either given himself a clearer view or called in another surgeon for consultation instead of proceeding blindly.

At times in medical malpractice the defense will present the argument of assumption of risk and how the patient was aware of that risk prior to the procedure. An astute Missouri medical malpractice attorney is familiar with this defense attack and ready to fight this defense tactic by pointing out how the injury would not have happened if the surgery was performed the way it should have been.

Compounding the risk of a lap chole procedure is the failure of medical staff to sometimes properly assess symptoms after the surgery that should alert them to a potential problem. In the days immediately following this procedure, stomach pain, nausea, vomiting, and fever are all signs that there is a bile leak that needs to be addressed. Not doing so quickly will lead to more serious complications like peritonitis.

If you have suffered from major complications after a recent lap chole procedure, they may have been caused by medical negligence. Ask Zevan and Davidson Law Firm, LLCat (314) 588-7200 to look over your medical records to determine if you are entitled to compensation.

If you are a victim of a cosmetic surgery error, you may…Read

Before electing to have cosmetic surgery, you should be aware of the…Read