Medical Conditions That May Disqualify a Truck Driver

The federal government monitors the trucking industry as a way to keep the roadways as safe as possible.  Failure to follow the guidelines may place liability for an accident on the driver and the company he works for. 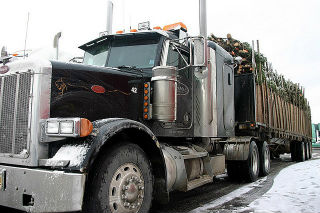 Drivers of large trucks and buses are required by law to carry a special license known as a CDL. Their actions and miss-actions on American highways are overseen by the Federal Motor Carrier Safety Administration. The FMCSA monitors trucking companies hiring policies and continued vigilance of its drivers’ performance. Certain conditions, such as health problems, may disallow a driver from operating big rigs cross country. If you have been hurt in an accident with a large truck, and believe that the driver was physically impaired, you should bring your case to the attention of a Missouri truck accident attorney. If the company knowingly allowed an unqualified driver to operate one of its trucks, they may be liable for your injury.

The FMCSA has many programs in place to ensure that trucking companies hire and retain only drivers who fit their safety standards. They ask that these companies make an effort to recruit large numbers of qualified applicants in order to allow for an effective selection. The FMSCA also has the right to check that there is a standard in place for interviews, tests, and screening of driver applicants and that previous employment records and references are being checked and acted upon as well as the driving record.

Physical qualifications should also be checked by a trucking company before hiring a new driver. A medical exam is required to obtain a CDL license, but a company should be verifying that there has been no change in the driver’s health since obtaining it. Certain medical conditions, like a propensity for seizures, will disqualify a truck driver from operating a big rig.

Failure to Monitor the Health of Their Employee

A rather large and well known trucking company had to settle a crash claim after discovery showed that their driver had a medical condition that disqualified him from driving a truck under federal regulations. They were held responsible for failing to monitor the health of their employee. In this instance, the driver initiated a seven vehicle accident on a Missouri highway. Four people died, and three were seriously injured.

There are many medical conditions that Missouri truck accident attorney’s know should disallow a driver from operating on our roads. Among them are amputated limbs, deafness, diabetes that requires insulin to control, certain heart conditions, vision of less than 20/40 in each eye, only having vision in one eye, and extreme hypertension. In some circumstances a driver may be temporarily disqualified if they are prescribed certain medications to treat an illness, particularly narcotic pain killers.

If you are ever involved in an accident with a commercial vehicle, you should speak with Zevan and Davidson Law Firm at (314) 588-7200 before speaking with any insurance adjusters. The rules are clear, and may help you in recovering monetary compensation for your sustained injuries.

Frequent health checkups are vital for truck drivers. When you think about…Read