When hit and run accidents take lives, families cry out against the inhumanity of the other driver. 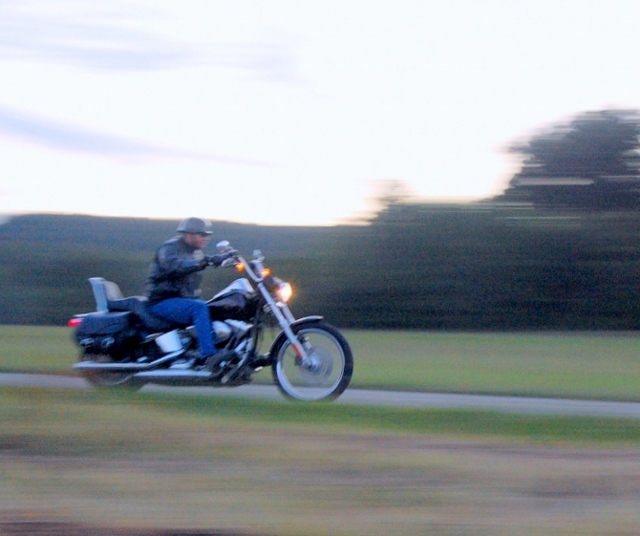 The Florida highways have claimed their first victim in the month of June. The victim was a 65 year old man riding his motorcycle in light evening traffic on State Road 10 (US-90). After the accident, the driver of the car involved left the scene in a hurry without providing insurance information or providing the victim with medical attention.

The accident occurred Saturday evening when the man drove his motorcycle into the back of an as of yet unidentified car. He died due to the injuries he sustained in the accident.

Florida highway patrol is still seeking information as to the owner of the other car involved, which has been described as a grey or green 4-door sedan. There are likely purple paint marks from where the man’s motorcycle struck it.

If the suspect of the second vehicle is apprehended, the man’s family will have the right to seek counsel with a motorcycle accident lawyer who can represent them in a potential wrongful-death suit against the driver.

The fatal accident is still under investigation, with the only charges yet pending against the unknown driver relate to leaving the scene of an accident.

Another hit hit and run accident happened in Los Angeles. A 32-year-old man died of his injuries after being struck by a car. The owner of the car drove off after the accident, he was driving what police say was probably an electric blue Mitsubishi Lancer Evolution. The driver of that car also faces charges for leaving the scene of an accident, a crime under California law as well.

Neighbors were unable to say which car caused the accident or what happened, but if the driver of that car is found, the man’s wife can choose to sue for wrongful death with the guidance of a motorcycle accident lawyer. This kind of lawyer can create an argument in civil court that the death did not have to occur, while laying out evidence which shows the driver in the hit and run to be negligent.

If the police find these drivers, the families of the victims will have recourse in civil court and possibly with criminal proceedings as well. Police are investigating the cause of both accidents, but until their findings are complete, no further charges can be brought.

When hit and run accidents take lives, families cry out against the inhumanity of the other driver. Some cases resolve themselves without criminal proceedings, but often the fact that a motorist has left the scene of an accident is itself a crime, and is committed in an attempt to avoid prosecution for other offenses.

However, a motorcycle drivers greatest threat is other drivers.  Early one morning…Read