Truck accidents can be extremely complicated and when they involve the deaths of loved ones they are devastating. 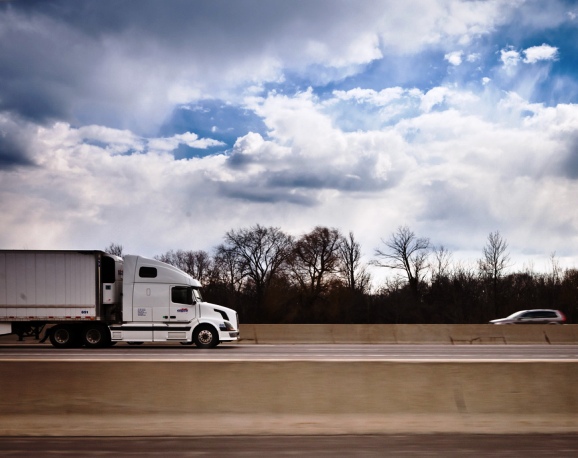 Last year, the Utah Supreme Court had made a decision that an unborn child “qualifies as a minor child,” and in February in Alabama the Supreme Court made the decision that the medical malpractice case could continue on even if the fetus would “not have been viable outside of the womb.”  Both of these decisions allow for the expansion of victims rights and add to the law already on the books in Nebraska since 2003 that “extends legal protection to fetuses at any stage of development.”  This Nebraska law has not been invoked in a court case until now, however.  A truck accident in Nebraska in September of 2012 that took the lives of a Maryland family has turned into a wrongful death case filed by the parents of the couple who were killed, and includes their two children and their unborn son.

Christopher and Diana Schmidt from Gaithersburg, MD and their two sons were moving back to California in order to be closer to family, and Diana was pregnant with the couple’s third child.  The accident occurred while the couple were in two separate cars, stuck in traffic in western Nebraska on Interstate 80 on September 9.  It was just before 5 am. and the traffic on the Interstate was at a standstill because of an earlier accident, when truck driver Josef Slezak hit Christopher’s car going 75 miles per hour.  This collision slammed Christopher’s car into the back of Diana’s car, which was forced into the back of another semi.  The entire family was killed.

The Nebraska lawsuit was filed by the parents of Diana Schmidt, Bradley and Nancy Bauman, and Christopher Schmidt’s mother, Donna Costley.  The truck driver, Josef Slezak is charged with four counts of manslaughter, one count of vehicular homicide of an unborn child, and four more counts of vehicular homicide.  The suit names both Slezak and his employers, and continues on to name the other two truckers who had been involved in the original accident that caused traffic to be stalled. The suit alleges negligence, “vicarious liability from the trucking companies,” and wrongful death.  The lawsuit claims that Slezak violated federal highway safety rules by not adhering to the regulations that stipulate truckers have a maximum of 11 hours behind the wheel, and must then take 10 hours off duty before they can drive another run.

This is the first time that a civil court case has included the wrongful death of an unborn child, though the Nebraska law has been in place since 2003.

Truck accidents can be extremely complicated and when they involve the deaths of loved ones they are devastating.  When truck drivers and trucking companies have been negligent and their actions result in serious injury or death, it is crucial that they be held accountable for these actions in order to ensure the safety of other drivers on the road.  Contacting a truck accident attorney as soon as possible following a truck accident who can help you to determine how to seek justice, and hold the negligent parties responsible is the only way to protect yourself and others.  When truck drivers do not follow safety procedures, it endangers the lives of others on the road.  Your truck accident attorney will help you to understand what damages you can ask for and what components your case should include.

Contact the Zevan and Davidson Law Firm to discuss your Missouri or Illinois truck accident lawsuit. Zevan and Davidson is a trial law firm with a track record of obtaining results in high-stakes catastrophic personal injury cases in Missouri and Illinois. Our lawyers have recovered millions of dollars for our clients. Call us today at (314) 588-7200 or fill out our online contact form to request a free and private consultation.