Truck accidents can be devastating and are more likely to cause catastrophic injury or death to individuals in the passenger vehicles than truck drivers. 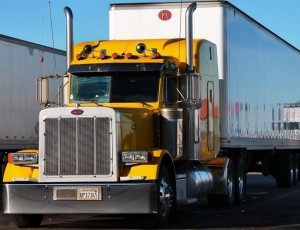 There has been some push-back from people in the trucking industry who are upset by the new regulations implemented by the U.S. Department of Transportation. To combat the major problem of driver fatigue, the DOT has shortened the number of hours that truck drivers can be behind the wheel from 82 to 72. The mandates include longer breaks as well. The new regulations are intended to encourage truck drivers to get more sleep before they get behind the wheel so that they will be less likely to cause an accident. Driver fatigue has become a major issue as truck drivers are pressured to spend longer hours behind the wheel, make deadlines, and move on to transporting the next load.

Truck accidents can be devastating and are more likely to cause catastrophic injury or death to individuals in the passenger vehicles than truck drivers. Protecting those who share the road with semi trucks is important, and it is heartening to know that the DOT is actively working to improve unsafe driving conditions by promoting safe driving. In spite of the fact that data shows that the number of accidents have been decreasing in recent years, the DOT thinks the number is still too high and has seen the reduction as a positive result of efforts to keep drivers safe.

Researchers who have conducted studies on the effects of driver fatigue say that all of their experiences show that the policy is both sound and much-needed.

These changes sound like good news to the rest of us, and the DOT maintains that trucking companies that operate safely should not be affected by the new rules, only trucking companies that are pushing the limits will have a hard time adjusting. But some truck drivers and trucking companies are having a hard time with the new rules and are claiming that their ability to earn a living is being infringed upon. Opponents of the regulations, which recently went into effect, have been saying that the government is attempting to fix a system that is not broken and that the government is too involved.

None of the complaints have impacted the way that the government views the situation and the regulations will continue to be enforced.

While the changes will undoubtedly have an impact on the trucking industry and truck driver paychecks, these things should not be protected at the expense of the safety of other drivers on the road. Driver fatigue, coupled with the massive size and weight of these semi trucks, is an unmistakable problem. While some in the trucking industry think that the problem is under control, the reality is that it is not. Some trucking companies would rather deal with litigation and settlements down the road after a serious accident, than lose money along the way by following the rules that protect their own drivers and others on the road. This is absolutely unacceptable. Until this changes, there will continue to be unnecessary accidents. But these regulations will help to make trucking companies more accountable.

If you or a loved one has been involved in an accident with a semi truck, tractor trailer, or 18-wheeler, contact a Missouri truck accident lawyer immediately.

Zevan and Davidson is a trial law firm with a track record of obtaining results in high-stakes catastrophic personal injury cases in Missouri and Illinois. Contact a St. Louis truck accident lawyer at the Zevan and Davidson Law Firm today to schedule a free consultation by calling (314) 588-7200.

Mechanical Problems That Can Cause Semi Truck Accidents