Nexium Has the Potential to Cause Serious Side Effects 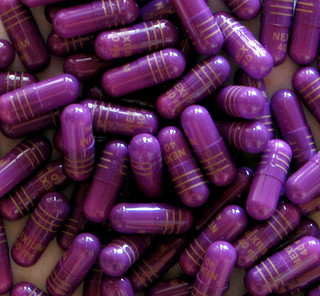 Our law firm has recovered millions in compensation for a number of medical malpractice victims.

The drug Nexium is receiving a lot of complaints from doctors and patients, and new research seems to indicate that the significant risks of the drug may outweigh its benefits. Nexium side effects are compounded when a patient takes the drug in the long term.

Twelve weeks is the recommended time length for taking Nexium. In fact, according to Dr. John Cooke, professor and chairman of the Department of Cardiovascular Medicine at the University of Houston Methodist Hospital, 12 weeks is the maximum amount of time that patients should be prescribed Nexium. Dr. Cooke conducted research that showed that proton pump inhibitor (PPI), which is the class of drugs Nexium belongs to, caused blood vessels to constrict. Blood flow was affected because the drug suppresses a chemical that causes blood vessel relaxation and also protects artery walls.

One 56-year-old man named Scott has been on Nexium for several years. He says “Life is a bear when you have been on Nexium for this long. I have so many problems associated with Nexium, from headaches to bowel issues, and I have lost so much weight, it is wiping me out.” Scott cannot just stop taking the drug, however. About ten years ago he started having constant acid reflux. His doctor put him on Nexium. Next, he began experiencing problems with digestion. He had cramps, diarrhea, and awful headaches. He never had any of these problems before he started taking Nexium. If he stops taking Nexium though he may need surgical procedures and have to have a nasogastric tube inserted from his nose into his stomach and require additional surgical procedures.

He has already needed the tube insertion five separate times and as a result has amassed incredibly high medical bills. The nasogastric tube comes with its own serious risks, which include internal bleeding and pneumonia, both of which can be life-threatening. Scott’s doctor says he should take a lowered Nexium dose but that the risk of stopping the drug altogether is too great.

Scott says he is now unable to walk without a great effort and has been diagnosed with degenerative arthritis, which is quickly deteriorating his bones and he has multiple Nexium fractures. Scott’s doctor is fearful of a medical malpractice lawsuit and feels like he cannot say anything negative about Nexium, but Scott does not blame his doctor. Scott blames the drug manufacturer. He says the manufacturer failed to warn him and others of potential issues like Nexium hip fractures and Nexium heart problems. “I haven’t been able to work because I am permanently disabled; I am a liability to hire because my bones have broken down and Nexium has been the main contributor. And I am terrified of falling. Needless to say, my life has become miserable and I just want some good years back.”

Dr. Cooke has issued a report recommending that both physicians and Nexium users should be proactive in discussing the risks of Nexium and talk about other options, preferably about switching to non-PPI medications. He also would like to see some large scale studies because so far there have not been any. His own results were based on a 2011 Canadian/British study.

Whether it is the responsibility of the drug manufacturer or your physician to make you aware of the risks of a drug depend on the situation. Usually there is a shared responsibility. It may be true that the doctor is unaware.

In some cases there may be malpractice. If you think you have been the victim of medical malpractice or if you believe the side effects of a product were not fully disclosed, contact a St. Louis medical malpractice attorney as soon as possible to discuss your options. If your attorney determines that medical malpractice was not a component of your case, you may have a personal injury lawsuit against the drug manufacturer.

Our law firm has recovered millions in compensation for a number of medical malpractice victims. To schedule a free and private consultation with a medical malpractice lawyer at the Zevan and Davidson Law Firm, call us today at (314) 588-7200 or fill out our Online Case Evaluation Form.

While the FDA issued a warning about the drug's link to cancer,…Read

Spine Implants May Cause More Harm Than Good