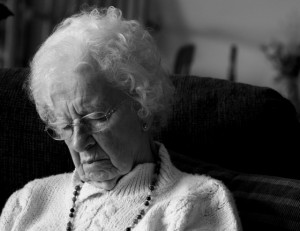 Nursing home abuse is a problem that affects residents at 1 in 3 nursing homes. Anyone who has a loved one or relative in a nursing home should be aware of the signs of abuse and should report any suspected instances of negligence or abuse immediately.

In February a nurse in Cleveland, Ohio says she was fired after she reported a case of nursing home abuse. In 2012 she worked at the MetroHealth Prentiss Center and during the course of her employment at the nursing home was witness to the abuse of one of the residents. The incident she witnessed happened in September of 2012 and involved a 90 year old resident at the facility. The ex-employee said that the woman would be left in her room for hours, though she would be screaming and crying for help. The elderly woman was unable to get up on her own to get to the bathroom. But because staff would ignore the woman’s cries for help, she would try to get into her wheelchair by herself in order to get to the bathroom. The bed was up high, however, and this was dangerous. The nurse told a news station in an interview “The bed was in the high position. 4 rails up. This woman crawled out of bed, which she could have killed herself, getting out of bed.”

The ex-employee reported these abuses and subsequently staff at the home underwent re-training and one of the aides was disciplined. She, however, was fired from her job and claims that this was precipitated by her reporting the abuses she saw. The facility had already been under investigation in 2011 due to another incident of abuse against a 78 year old resident. The nurse thinks she was fired because the facility did not want any more bad publicity.

A family member of the victim who the former employee reached out to said that she was unaware of the incident and would not have known had the nurse not called her. No one from the nursing home had contacted her to let her know what had happened. The victim’s niece was shocked to learn of the abuses against her aunt and immediately removed her aunt from the nursing home.

A manager from the nursing home was contacted by a news station to discuss the allegations and the abuse but refused to talk and hung up the phone.

The former employee is working with a nursing home abuse attorney to get justice. Under the Ohio Whistleblower Law, which protects employees from being disciplined, retaliated against, or fired for reporting abuse, she has the right to sue MetroHealth.

Employees do not report abuse sometimes because they are afraid of losing their jobs or being retaliated against. This is one of the reasons why nursing home abuse is one of the most underreported forms of abuse.

If you suspect or know that a loved one has experienced nursing home abuse and neglect, contact a nursing home abuse attorney who can help you to hold the facility and offending staff members accountable. Residents have the right to be safe and cared for when they reside in care facilities and when the facility perpetrates abuses against residents they need to be held accountable.