Primary Care Physicians and the HMO

The face of family medicine has changed dramatically over the last 30 years. 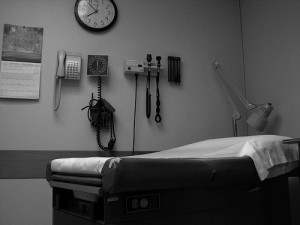 It used to be that you had a family physician whom you went to whenever you were ill or needed a check-up. With the introduction of employer based health maintenance organizations or HMO’s, the role of the primary care physician became a liaison between patient, HMO, and specialists.

Balancing Patient Care with the Demands of the HMO

Misdiagnosis rose as doctors struggled to balance patient care with the demands of the HMO. If a misdiagnosis from your primary care physician led to serious complications of a condition that he missed, call a Missouri medical malpractice attorney. HMO’s apply pressure onto doctors that may have affected the way in which your doctor treated your illness.

Long gone is the interpersonal relationship between the patient and his primary care doctor. The doctor now works for the HMO, and the goal is to keep health care costs to a minimum. In order for a patient to be seen by a specialist, they must first obtain a referral from their chosen primary care physician. A failure to issue referrals is one of the leading causes of misdiagnosis medical malpractice claims launched against family health care centers. Studies show that over 70% of negligence claims against a primary care physician involve misdiagnosis, and that the majority of those claims stemmed from a physicians failure to properly refer a patient to a specialist.

The assembly line type care that is often seen in doctor’s offices now is a contributing factor to the rise in medical malpractice cases filed against primary care physicians. The lack of knowledge of patient history combined with an overworked staff and HMO demands reduces the quality of medical care a patient receives there. A 33 year old Missouri husband and father experiencing chest pains went to his primary care physician to have it checked. After a brief consult the doctor concluded that anxiety was the root of the problem and sent him home. Less than 3 weeks later the man was dead from a heart condition that would have been treatable had it been diagnosed earlier. The physician’s quick dismissal of the patient without considering a referral to a cardiologist led to his practice settling a wrongful death claim with the family for a confidential monetary amount.

Gateway to the Specialist

A primary care physician is usually an internist, family practitioner, or pediatrician. They have no advanced training in any specialized branch of medicine. Most people see them as the gateway to the specialist, and while HMO’s will argue that this cuts down on costs and unnecessary tests and doctors visits, patient advocates say it increases the likelihood of a misdiagnosis. HMO’s have been criticized for offering financial incentives to primary care physicians who have low referral rates, and penalizing those who have too many. It is not uncommon for an HMO to sever a contract with a medical provider who they feel costs them too much money.

While it may seem unfair to penalize a physician who has to face the pressure of an HMO, you should keep in mind that regardless of who they work for, a physician took an oath to protect his patients. If they choose to follow a standard set by another entity, they are putting your health and life at risk. If you have recently found that your primary care physicians’ reluctance to refer you to a specialist has allowed a condition to worsen, call Zevan and Davidson Law Firm at (314) 588-7200 immediately. By negligently treating you within impersonal guidelines they veered away from their duty of care, and you should be compensated for that.

When a doctor fails to correctly diagnose an ailment, a patient may…Read