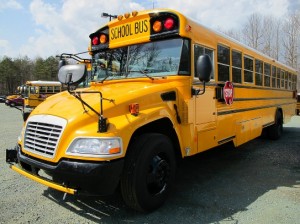 The country’s biggest school bus maker is under heavy scrutiny from parents and concerned safety groups in the wake of its failure to meet federal safety standards.

Based in Fenton, MO, Blue Bird has issued a recall of certain models sold late last year up to 2012 for failing several requirements under the Federal Motor Vehicle Safety Standards No. 17 which provides strict standards for emergency exits in buses. Although the company has yet to release the estimated number of affected units, those with parts numbers: 009327 and 008956 are recalled.

The affected models’ roof hatches and emergency exits suffer from an increased friction, which require a greater force to open, clearly exceeding that which is provided for by law. In cases of crashes and other similar circumstances, exiting the vehicle may prove to be very difficult especially for schoolchildren.

The company boasts of almost 75 years of experience in the student transport industry, whose claim to fame rested mostly on its technological innovations on safety for the iconic yellow school bus. The reports have been met with dismal reactions especially from parents across the mid-west for the company’s fall in safety ratings. The company aims to begin the recall at the middle of this month.

Over half of all schoolchildren in the country, over 23 million students from the Kindergarten to the 12th grade, take the bus each school day. Causes of accidents involving school buses range from negligence by bus drivers and the failure to conduct pre-trip checks but a significant number also involves inherent manufacturing defects.

Our children’s safety is of the utmost importance. If you feel that you or someone you love has been hurt by a defective product or by other types of negligence, contact the St. Louis product liability lawyers at Zevan and Davidson Law Firm today. Schedule a free consultation or call (314) 588-7200.