There have been several serious semi truck accidents this summer. 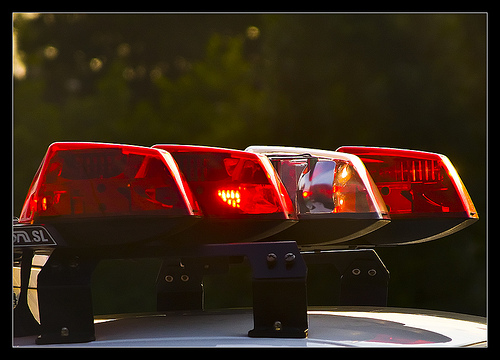 One crash that happened in June involved two police officers.

The Illinois State Police reported that both officers that were injured in the accident on I-57 were treated at the hospital and then released shortly after and are doing fine.

Both lanes of northbound Interstate 57 were closed for a time near post 8 after the accident which involved a semi truck and two laws enforcement vehicles.

A Pulaski County deputy and a Mounds Police Officer with the K-9 unit were involved in the accident. According to the Illinois State Police, the accident happened as Pulaski County Sheriff’s Deputy Kent L. Ray, 41, was standing outside of his vehicle removing debris. There was also a Mounds Police Department squad car parked behind Ray’s vehicle, it had its emergency lights on.

The semi Freightliner should have made a lane change to move away from the squad cars on the side of the road, but it did not. The semi truck approached the squad cars and struck the left side of the back end of the Mounds police squad car. The Freightliner then hit Deputy Ray as he was attempting to get out of the way and get clear of the crash. According to Pulaski County Sheriff Randy Kern, one of the wheels on the tractor trailer ran over Ray’s leg after hitting him. Several bones in his foot were broken. Ray was out of work for several months as he recuperated. He was treated at Saint Francis Medical Center in Cape Girardeau.

The other squad car, the Pulaski County vehicle, was not struck by the Freightliner. After hitting Ray, the semi truck veered over to the left side of the road, hit the median, and then caught fire.

The other officer, Mounds Police K9 officer Lyle Womach, 44, of Grand Chain was treated at Saint Francis Medical Center for bruised lungs. He was treated, released, and is doing fine.

The driver of the semi truck was not injured in the crash. He received citations for failing to slow down as he approached the officers’ vehicles in order to avoid an accident, and failing to yield to a stationary emergency vehicle.

Accidents involving semi trucks have the potential to be catastrophic. Drivers of these trucks have a responsibility to obey the rules of the road and federal regulations. Fortunately, there were no fatalities in this instance.

If you or a loved one has been injured in a semi truck accident, contact a Missouri truck accident attorney at the Zevan and Davidson Law Firm to discuss your legal options.