However, a motorcycle drivers greatest threat is other drivers. 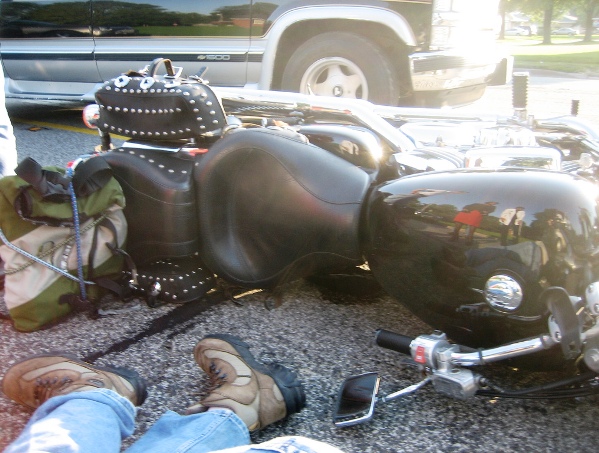 Early one morning in south St. Louis, a man was riding his motorcycle when he struck a school bus. He was taken to the local hospital where he was later pronounced dead. Fortunately non of the children were injured. The news report later said that the school bus pulled out in front of the driver, throwing him from his bike.

Motorcycle accidents such as this are often in the news. Thousands of people in Missouri and Illinois own motorcycles. Statistically a motorcyclist is 35 times more likely to die in an accident due to the fact that they do not have the same types of safety precautions surrounding them as they would in a motor vehicle.

Also, the laws differ between Missouri and Illinois. Missouri riders are required to wear helmets, while Illinois has no mandatory helmet laws. Therefore, it is not surprising that in 2011 there was a 12% increase in the number of motorcycle fatalities in that state. It has been estimated that those who wear helmets reduce their risk of death from head trauma by as much as 40%.

The personal injury lawyers at the Zevan and Davidson Law Firm have been representing the victims of motorcycle accidents in Missouri and Illinois for more than 20 years. If you or a loved one have been in a motorcycle accident, contact us today by calling (314) 588-7200. You may also fill out our brief online contact form to schedule your free consultation.