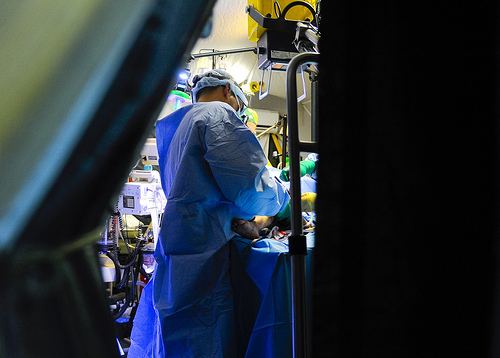 It is not unusual for patients to have a lot of fears when going into surgery.

Putting your life in someone else’s hands is never easy. We trust that years of training and experience mean that doctors and surgeons know what they are doing. But not every doctor is careful and diligent, and medical mistakes during the course of treatment are actually fairly common. But some types of medical errors are more serious and alarming than others.

Unfortunately, surgical fires are a reality for hundreds of patients every year.

Janice McCall, 65, had to have surgery in 2009. During the surgery, however, Janice’s body caught on fire and six days later she died. And in 2012, an electronic scalpel during Enrique Ruiz’s surgery caused his oxygen supply to explode. He suffered from second degree burns and then the hospital allegedly tried to cover the incident up. The cause of the fire in Janice McCall’s case was never made public.

There was also the case of Catherine Reuter, 74. During her surgery, friction from a tool used for cauterization caused the flammable disinfectant on her face to catch on fire. She suffered from second and third-degree burns, infections, kidney failure, and needed long-term sedation. All of this took an extreme toll on her body and she never made a full recovery, dying in the hospital two years later.

As terrifying as these examples are, and as much as we would like to believe they are isolated incidents, the reality is that as many as 650 patients experience or are affected by surgical fires every year.

Surgical souvenirs being left inside patients’ bodies is another issue that is horrifying and hard to imagine. Surgeons leaving foreign objects inside a patient happens about 1,500 times a year in the United States. It is not extremely common, but has the potential to cause serious injury, be very painful, cause infection, internal bleeding, or can lead to a wrongful death.

This is what happened to Daryoush Mazarei. A 10 inch long retractor was left inside Mazarei’s chest. Even though it could visibly be seen poking out, when he returned to University of Pittsburgh Medical Center seeking help, he says he was repeatedly told that the problem was all in his mind, and that he needed psychiatric treatment.

Marazei experienced a month of agonizing pain, complaining to the doctor on multiple occasions, doctors ordered a CT scan. The scan showed the object lodged in his chest and finally the retractor was removed. Marazei has begun legal proceedings against the hospital after his traumatizing ordeal.

Apparently, differentiating between a healthy kidney and unhealthy kidney is not as easy as we would like to think it is. 70 year old Graham Reeves of Wales died in 2007 when two surgeons removed the wrong kidney.

Willie King, a diabetic, received a total of $1.15 million after his right leg was amputated by mistake. The correct leg still had to be amputated later.

Again, these horrifying errors are not isolated. Not only is operating on the wrong body part a horrific and traumatic, life-changing event, these serious medical errors can happen to anyone and to any body part.

Surgeons are highly trained professionals who are expected to do things right.…Read