The Biggest Threat To Motorcyclists: Other Motorists

Imagine the pain and suffering incurred when struck by a 4,000 pound block of metal. 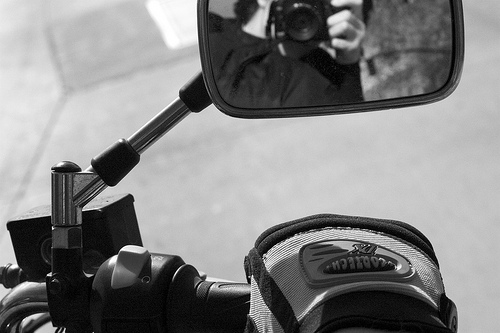 Other motorists are the biggest threat to motorcycle enthusiasts. This month one was pronounced dead at the scene of his collision with a Toyota Camry. The two vehicles were traveling on a California roadway in different directions when the driver of the Camry suddenly turned directly in front of the Harley Davidson. There was not enough time for the motorcyclist to avoid a collision and sadly he did not survive the massive injuries that he sustained. The Camry driver on the other hand was well enough to flee the scene on foot before police arrived.

The Reckless Actions of Other Drivers

A motorcyclist can take every possible known precaution, but there is no way to protect them from the unanticipated, reckless actions of other drivers. If you have been recently injured in a motorcycle accident there is a good chance that those injuries are quite severe. You may need assistance to help cover the cost of your medical care. A Missouri motorcycle accident attorney may be just what you need to see to it that you are compensated for the other drivers’ negligence.

Motorcycle riders are not protected the way drivers of passenger cars are. Even the most state of the art protective gear cannot fully keep them from harm when hit by a vehicle that is significantly larger and heavier than theirs. Imagine the pain and suffering incurred when struck by a 4,000 pound block of metal. The force generated by the impact of an average 4,000 pound vehicle traveling at 30 mph is 60 tons. Most often they are ejected from the bike upon impact, so that is the rate at which they collide with the ground.

The amount of harm done to the motorcyclists body is often extensive. Road rash is the least of their concern when being treated for multiple fractures and spinal cord injury. One Missouri bike rider was treated for a shattered pelvis, a broken leg and hip, skin injuries, and a closed head wound. The amount of physical therapy to fully recover from all of his injuries was extensive, not to mention painful. He filed a claim with the insurance carrier of the car that hit him. The driver of the other vehicle did not see the motorcycle and failed to yield to it at an intersection. The extent of the motorcyclists’ injuries and obvious negligence of the car driver forced his insurance company to settle the claim for the policy limit of $1.25 million.

Staying Safe Despite The Dangers

Barring keeping it in the garage, the only way a motorcycle driver can stay safe is to stay vigilant. Protective clothing and helmets should always be worn and a driver should avoid enjoying his bike during inclement weather or at night. Even when the right of way is theirs, they should approach an intersection with caution and make note of any approaching vehicles.

Many people assume that a motorcycle accident is the fault of its driver, but the fact is, a large proportion are the fault of another driver who failed to notice the motorcycle. If you or someone in your family has suffered grave injury from your motorcycles collision with another vehicle call Zevan and Davidson Law Firm at (314) 588-7200 to assist you.