Truck accidents that leave the victim injured can mean huge medical expenses, lost wages, and the cost of repair or a replacement vehicle. 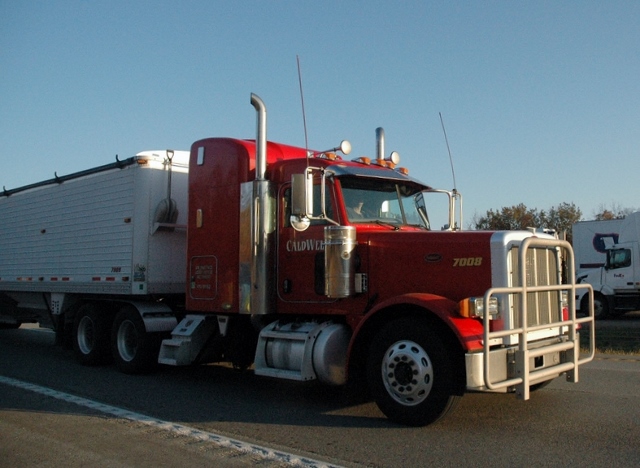 A tractor trailer accident in Springfield, Kansas, has left a woman with significant injuries. She was driving her vehicle on west on I-44, with one passenger in the car when her vehicle was struck by a tractor trailer that was changing lanes. The February 5th accident took place at around 7:30 pm underneath the Kansas Expressway overpass, and ended up backing up traffic for nearly four hours. The Honda Accord with the two women on board was struck by the large tractor trailer, and then dragged for an eighth of a mile, at which point the driver was thrown from the vehicle. Her car was destroyed and she was thrown 120 feet from the vehicle.  According to police, she sustained “significant injuries,” but the extent of her injuries is unknown, though they are reported to not be disabling. The passenger in the vehicle was not injured, and neither was the driver of the tractor trailer. The woman driving the car was apparently not wearing a seat belt, according to police. However, the others involved were wearing their seat belts.

The trucking companies attorneys can latch onto factors like this, making the claim that not wearing a seat belt was a significant contributing component of the injuries that the victim sustained.  This can be used to distract juries from the blame that can be placed on the trucking company and the driver, and it can lessen the damages that the victim can ask for. Even though the trucking company and truck driver can still be held liable and at fault for its negligence, shifting some of the fault to the victim for the extent of the injuries can help their case. While not wearing a seat belt can contribute to worsening of injuries and can lessen the extent of the damages that you may be able to ask for, it still does not change the cause of the accident.  If the fault can be placed on the driver or the trucking company, not wearing a seat belt should not affect that. They should be held legally responsible for their actions if those actions contributed to causing the accident.

Trucking companies deal with accidents on a regular basis, since transportation is their industry and because they have so many vehicles on the road on a regular basis.  Hopefully drivers are following safety procedures, the rules of the road, and the vehicle is properly maintained, but the potential for serious injury in these cases is very great, due to the size and weight of the vehicles. Truckers have a greater chance of walking away from the accident without injury, while the smaller vehicles can be completely destroyed and death or injury is far more probable. Truck accidents that leave the victim injured, can mean huge medical expenses, lost wages, and the cost of repair or a replacement vehicle.  Sometimes your insurance will only agree to pay after you attempt to get the other party to pay.

Get immediate help. Contact the St. Louis truck accident lawyers at the Zevan and Davidson Law Firm today to schedule a free consultation by calling (314) 588-7200.