Transvaginal Mesh Failing at a Rate of 10%, FDA Declines to Recall

Not every vaginal mesh procedure has failed, but enough have that the FDA has had to issue warnings of increasing severity. 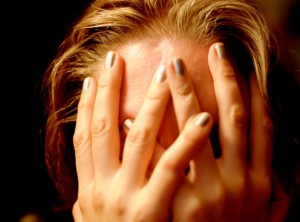 A medical procedure introduced in the 1990s, transvaginal mesh was originally created to fix pelvic organ prolapse (POP) a condition affecting older women, especially after undergoing menopause or a hysterectomy. Prolapse of the pelvis can occur when the pelvic muscles become so weak that they drop into the vagina, which causes pressure and pain during normal activities such as urination.
This pain is due to the bladder, rectum, and uterus dropping into the vagina, causing both POP and stress urinary incontinence (SUI). The mesh fix was intended to be implanted transvaginally and would act as an artificial support for the pelvic organs.

The FDA has known for almost three decades that transvaginal mesh can cause complications both minor and severe, yet is unwilling to recall the procedure despite the mesh failing at least ten percent of the time.

Women who have undergone the procedure have suffered such ailments as frequent urination, inability to urinate, incontinence, and constipation. More serious complications, though less frequent, account for the ten percent failure rating and include the mesh puncturing and even eroding organs.

The most the FDA has done on behalf of victims of the ill-advised procedure is to further public awareness. The FDA issued a public health notice in 2008 which revealed the potential complications of the mesh procedure, while stipulating that the complications were “rare.”

In 2011, the FDA again notified the public of the dangers of vaginal mesh surgery, this time saying that the complications were not rare. Manufacturers of the mesh material were ordered to perform safety studies into their product.

Transvaginal mesh was not originally created to treat problems within the vagina, but was being used to successfully repair hernias. Despite a lack of studies supporting its use in the vagina, the FDA fast-tracked the mesh through a legal statute titled 510(k). This loop-hole allows for products similar to already approved products to be admitted without testing.

Unfortunately, it seems that the hernia operations and the transvaginal procedures are not similar enough, and the complications continue, as do the procedures.

The most dangerous complication arises when the mesh erodes, and rough edges of the material cut away both vaginal lining and other organs in the vicinity. Vaginal mesh lawyers are putting together cases in which patients have suffered due to a faulty mesh implant.

Symptoms of this erosion include bleeding, pain during intercourse or urination, and infection. Other reports indicate there have been instances of neuromuscular issues and vaginal scarring due to failures of the transvaginal mesh procedure. Even one of these symptoms is enough for a vaginal mesh attorney to take either the manufacturer of the mesh or the doctor implanting the mesh to court for a settlement.

Not every vaginal mesh procedure has failed, but enough have that the FDA has had to issue warnings of increasing severity. If your procedure has caused complications, you might have legal recourse available to you.

If you are one of those harmed by a faulty vaginal mesh procedure or lax government oversight, please visit the St. Louis personal injury lawyers of the Zevan and Davidson Law Firm for a private and confidential consultation by calling (314) 588-7200 or filling out our online contact form.

Given these complications, the issue of vaginal mesh safety has made its…Read