What You Should Know Before Filing For Medical Malpractice 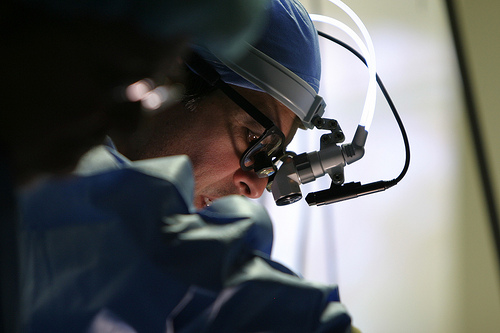 There has been a rise in the number of medical malpractice cases filed in the last few years.

Most of the medical malpractice cases (about 55%) are settled in the trial phase alone. About half of the cases going past through this stage fail to qualify for a compensation order. The general outcome of such cases relieves the physicians of their charges. This is due to the high level of complexity and legal technicality involved with such cases. The patient filing the medical malpractice claim has no or little information about the doctor’s procedures and collecting proof for the same from the clinic or hospital is generally not easy. An experienced lawyer can right away discard the claims made by the victim by questioning their validity.

Keep in mind the following 4 points before filing a medical malpractice case:

1. Have a solid record of the standard operating or treatment procedure of which the patient has been a victim of. Before making any claims, you should have a point of reference to validate your claims. The next step is to find proof which shows that the doctor deviated from the standard treatment procedure. You can consult other doctors who can give you written opinions which will back your claim that a certain medical disability or loss was caused as a result of the treating doctor’s error.

2. Wrong test results: Human errors (especially during operations) and other cases such as low grade health care can be easily cut off from the list of negligence on the part of the doctor. A good lawyer will be smart enough to put these points in the list of procedures which caused no damage to the patient in a particular case.

3. Some negligence on the part of the doctor make a case for compensation to be awarded. Such negligence includes operating on the patient without the consent of either the patient or his or her relatives, operation carried out on the wrong body part, or leaving behind one of the operating tools in the patient’s body. This can cause severe internal damage and, as a result, a victim can file a claim for heavy compensations.

4. Use both medical and legal resources to compile a list of complications that have resulted from the malpractice, in addition to futher issues that may arise. Some problems which may seem little today can quickly develop into a major health. Therefore, professional help is advisable.

If you or a loved one have the been the victim of medical malpractice it is important to have an experienced and resourceful attorney on your side. The medical malpractice lawyers at the Zevan and Davidson Law Firm have both the experience and determination required to represent even the most complex cases. Fill out our online contact form to request a free consultation or call us at (314) 588-7200.

Determining If You Have a Medical Malpractice Case

In the United States, medical malpractice causes thousands of fatalities and millions…Read