When Cancer is Initially Misdiagnosed

Diagnosing cancer as early as possible is crucial. 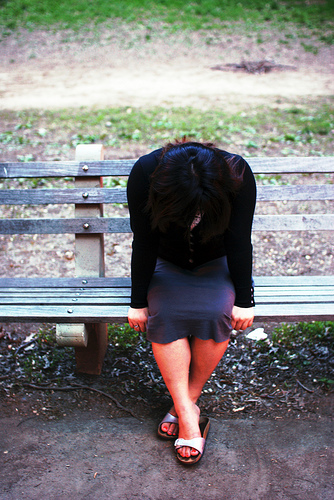 Americans were shocked this past summer when news broke of a Michigan doctor who had purposely been misdiagnosing his patients with cancer in order to profit from expensive treatments. It is believed that he had charged Medicare over $35 Million for unnecessary cancer treatments. The fact that he took advantage of patients’ fear of the deadly disease is what is most appalling. Especially when you know that over 20% of cancer patients are initially misdiagnosed, leading to a worsening of their condition. If this has happened to you or a loved one, you deserve answers.

When Cancer is Misdiagnosed

Cancer is an aggressive disease that is characterized by abnormal cell growth. Without early detection it can metastasize and spread throughout the human body quickly. Non-invasive treatments such as chemotherapy and radiation will help stop the spread of the damaged cells if the cancer is caught while still in its early stages. Once it progresses it will require more invasive treatments to keep the patient alive. Consider the case of a Missouri man who had consulted with an oral surgeon regarding a lesion on the inside of his mouth. The oral surgeon dismissed it as benign, when in fact it was a Stage l cancer. By the time the error was discovered, the mouth cancer had progressed to a stage III cancer and the man needed an extensive surgery to remove his cheek, and all of his teeth.

It has been estimated that 12% of cancer patients were misdiagnosed initially. It has also been noted that sadly, certain groups of people stand a higher chance of having cancer misdiagnosed.  Being that it is a progressive disease, the diagnosis and rapid commencement of a treatment plan is crucial for a patients’ recovery.

One of the main causes of cancer misdiagnosis is physician error in identifying whether or not a mass is malignant. This was the case with the before mentioned patient. His oral surgeon dismissed the lesion as benign based on sight, instead of having it tested in a lab. The patient was then subjected to an arduous surgery that left him disfigured for life. A Missouri jury recognized the surgeons’ negligence in this case and awarded the patient $800,000. Lab technicians make errors as well when testing for malignancy and could also be held liable for a misdiagnosis. It is important that you bring all of your medical records, tests and results to a Missouri medical malpractice attorney if a growth that had been previously diagnosed as benign is now malignant cancer. Their expertise in these matters will help you determine if a hospital employee or physician was careless with your diagnosis.

The doctor who was administering unnecessary cancer treatments is likely facing criminal charges, but will also be looking at a slew of civil cases as his former patients realize what he had done to them. This type of situation is not typical. The majority of cancer misdiagnosis leads to a lack of essential treatment and will ultimately allow the cancer to spread or worsen. If your cancer was allowed to progress unchecked because of an initial misdiagnosis, contact a medical malpractice attorney today. A delay in the correct diagnosis may cost you additional pain and suffering as well as medical expenses. You have a right to be compensated for that.

Determining If You Have a Medical Malpractice Case

In the United States, medical malpractice causes thousands of fatalities and millions…Read

What You Should Know About Medical Misdiagnosis