When is it Necessary for a Business to Provide Security to its Patrons?

The question of what types of businesses should require security is up for debate.  Various factors can contribute for the need of security. 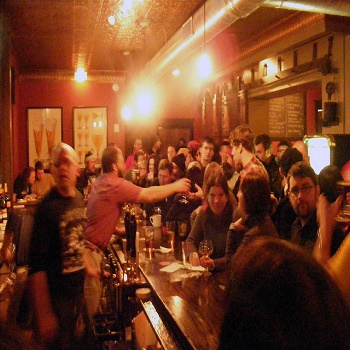 There are no federal standards outlined to show the legal responsibility of a business owner to provide security; instead, it is usually decided on in a case by case basis depending on the state. If you were attacked on someone else’s property, a Missouri personal injury attorney should be consulted to review the circumstances. If he can find reason why the owner should have provided security then you should go ahead and file a personal injury lawsuit to get compensation for your injury.

The Vulnerability of Night Clubs

The most common venues where a need for security is inarguable are night clubs. There have been many instances in Missouri where a lack of security at one of these clubs has led to serious injury or death. One such case involved the shooting death of a 21 year-old night club patron. His parents filed a wrongful death suit after it was determined that despite numerous physical altercations inside, patrons were not protected as they left to go to their car. This couple’s son was shot and killed right in the parking lot by another patron leaving the club. A Missouri jury found that the club was liable for the death by not responding to the on-going fights with a heavier security or police presence and awarded the parents $2.7 million dollars.

The Responsibility of a Property Owner

It is the duty of a property owner to protect their guests against violence from dangerous individuals. Even though they may not be able to predict when this could happen, there are certain factors that could pre-determine the need for security. For example, if the business is located in an area with a high crime rate, it would be reasonable to expect that a business owner would be able to assess the risk to his own clients and provide measures to protect them. On the other hand, a random mugging in an area of St. Louis that is not known to experience these kinds of crimes may not be considered the fault of the business owner. In order to prove liability, the plaintiff must be able to show how the owner should have been aware of the risk.

A Missouri personal injury attorney should be retained as soon as possible after an attack. There is a need for an immediate investigation to determine what security measures, if any were taken, and if there were, why did it not protect the plaintiff from harm. There could be a variety of defendants named if a lawsuit is filed. The property owner of course, a vendor who was paid to provide security, or the security company itself can all be named in a personal injury lawsuit where a lack of security is called into question.

If you or someone you love was violated or harmed by a dangerous individual, calling a Missouri personal injury attorney should be second only to calling the police. To expose their guests to danger is gross negligence on the part of the business and you should be compensated for their lack of regard for your safety.