When Letting You Leave Is Negligence

Complications from diabetes can be debilitating and even deadly. 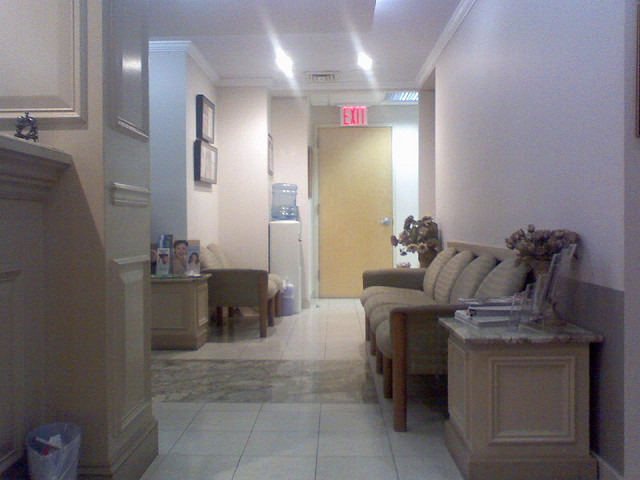 Millions of people worldwide suffer from the chronic disease diabetes. For them management of the illness and its symptoms is key to staying healthy.  Frequent doctor visits may be required to monitor the progression of the disease. Often times tests are performed and the results obtained are used toward your treatment regimen.

In the state of Missouri it is reported that 8 out of every 100 people have been diagnosed with some type of diabetes. Complications that stem from this chronic illness are not only costly, but can be debilitating and even deadly in some instances. The Missouri CDC recommends ongoing care and preventive practices for those who suffer from the disease in order to slow its progression.

Diabetes is characterized as a metabolic abnormality which affects the level of sugar in a persons’ bloodstream. There are different types and severities, but in almost all cases it is treated with insulin injections that help stabilize those levels. Having too much sugar in the blood can be just as catastrophic as having too little. Clinicians will perform blood tests on patients to ensure that their personal regimen of insulin injections is working for them.  One such test is known as a fasting blood sugar test and requires that the patient not eat or drink for 8 hours prior to having their blood drawn.  Typically this test is performed first thing in the morning when sugar levels are already at their lowest. If an abnormality is noted by the technician than adjustments to the patients’ daily intake of insulin should be made immediately. In a case where there is not enough sugar present a patient may be experiencing hypoglycemia caused by too much insulin and could go into shock as a result.

The Responsibility of The Medical Staff

It is the duty of the doctor and medical facility to be able to read the results accurately and respond with immediate treatment if the sugar levels are outside of the normal range. Ask for your results before leaving the facility and question them if you notice that they are anywhere out of the 80 to 100 mg/dl recommended range. Especially if they are well under the range as hypoglycemia symptoms can be severe. If you experience a hypoglycemia event after a blood test consult a Missouri medical malpractice attorney immediately to review the results. It is possible that the results warranted immediate treatment that was overlooked by the physician.

Immediate signs of hypoglycemia include shaking, anxiety, sweating, and irritability. If the episode goes on untreated the patient can become confused and suffer from dizziness. Accidents and injuries can occur as a result. In severe instances a patient may suffer from an episode of hypoglycemia unawareness where the warning symptoms are skipped and the patient is immediately disoriented. This is prevalent in long suffering diabetic patients who have experienced extreme swings in sugar levels often and whose bodies have lost the ability to respond to it.

A Case of Negligence

A Missouri medical clinic was forced to settle a claim brought against them by a diabetes patient for $400,000. The patient went to the office in the morning for a routine blood test. The results showed a level below 50 mg/dl but he was allowed to leave the clinic without receiving any type of treatment. At that level he was so disoriented that he did not even realize that he was impaired and attempted to drive, resulting in a car accident that was determined to be his fault.  Had the clinic acted responsibly, he would have been treated and the accident would never have occurred.

Allowing a patient to leave when their health is in jeopardy is just as negligent as a surgeon removing the wrong organ. Doctors and medical staff have a duty to properly read test results and administer immediate treatment if necessary. If you suffered an injury or had an accident as a result of being sent home without treatment, call Zevan and Davidson Law Firm at (314) 588-7200.   After reviewing your history we will be able to determine whether or not you deserve compensation.