Who Should Be Held Liable for Medical Negligence?

When people think about medical negligence, they often think about the doctor and what he did wrong. 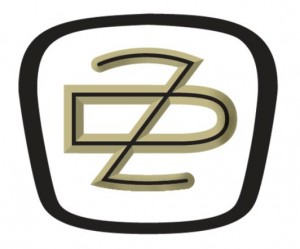 Little thought is given to the other staff members involved in your healthcare. It is also the responsibility of nurses, anesthesiologists and nurse practitioners to provide patients with the best possible care.

What is the Difference Between a Doctor and a Nurse Practitioner?

A nurse practitioner is a registered nurse who has taken extra studies in a specific branch of medicine, pediatrics for example. Nurse practitioners are typically able to perform the following tasks.

In fact, the only discernible difference between a doctor and a nurse practitioner is the type of medical education they have received. Doctors study medicine and the treatment of disease using drugs, procedures, and surgery. A nurse practitioner’s education elaborates on their already obtained nursing license by advancing their knowledge of illness, including its diagnosis, treatment and management. Nurse practitioners are often able to perform up to 90% of the duties usually attributed to doctors.

Who Should Be Held Liable?

As nurse practitioners take on more and more responsibilities in the healthcare industry, they open themselves up to more possible legal issues. More and more we are seeing medical malpractice cases where investigation shows that a nurse practitioner was the negligent party. Failure to diagnose is one of the most common causes of these claims. This is due mainly to the fact that a nurse practitioners expertise is in diagnosing common illnesses. They often do not have the training required to diagnose more complex and obscure diseases or conditions. If you were misdiagnosed by a nurse practitioner let a qualified medical malpractice attorney look over your medical records. You may deserve to be compensated for any undue pain and suffering endured as a result.

In cases involving nurse practitioners juries are sometimes prone to dismiss a case against the doctor on call, especially if they never saw the patient or were informed of their condition. The nurse practitioner has taken on the additional responsibility himself. If he feels he is not qualified for a particular case then it is his duty to inform the doctor. Failure to do may be considered negligent behavior on their part. If you are not comfortable with the care given to you by a nurse practitioner, it is your right to insist on a second opinion from someone more qualified before being discharged.

Tragically a Missouri man died as a result of a nurse practitioner’s failure to properly his hemorrhagic gastritis. He went to a urgent care center complaining of stomach pains and was examined by the nurse practitioner who never tested him for gastrointestinal bleeding. He was discharged within 2 hours and 4 hours later was found unconscious in his home. A doctor would likely have known to check for internal bleeding before allowing him to leave. The malpractice and wrongful death claims were settled for $725,000.

Proving medical negligence is just half the battle. A skilled attorney knows that they need to pinpoint exactly where the negligence actually lies, who caused it, and how it could have been prevented. Contact a St. Louis medical malpractice lawyer at Zevan and Davidson immediately if you, or a family member, have been misdiagnosed. There are statute of limitations regarding medical malpractice so it is in your best interest to have an attorney look into your claim sooner rather than later.