Recently, a Joplin, Missouri, woman was awarded a six figure verdict in a case of delayed diagnosis of cancer. 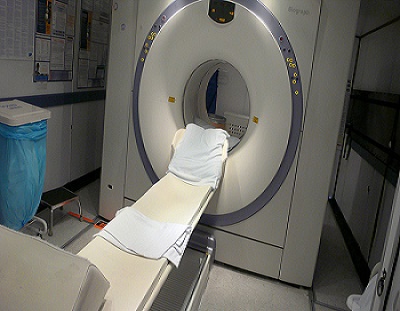 A compensation of $640,000 was awarded by a Jasper County jury. The jury agreed that the woman’s non-Hodgkins lymphoma should have been detected much earlier before it had started to spread to other parts of the body. The erroneous CT scan reading caused a delay in diagnosis and the cancer spread to other parts. It necessitated extensive treatment, which could have been avoided had the cancer been diagnosed in a timely manner.

The plaintiff’s attorney argued that due to the failure to diagnose the tumors in time, they expanded in size to over 10 times, affecting other body parts including the bone. The attorney also claimed that although the medical condition was aggressive, it could have been managed if it had been detected in time. However, a delay of 121 days in the diagnosis caused the cancer to proliferate throughout the body, and the cancer spread everywhere except for the brain.

According to the petition filed , the plaintiff started to experience pain in the leg and lower back in February 2010. She went through a CT scan the same month and then again in the month of April. In her petition, she contended that the pelvic mass should have been diagnosed. However, the condition was diagnosed only in June, after a delay of almost 121 days.

Her cancer was diagnosed only when it had reached an alarming condition and she was at the brink of death. She had to be rushed to a specialty cancer center in Texas, where she was provided extensive treatment. Due to the grave stage that the cancer had reached, she had to be given a more toxic medication to deal with the condition. She also had to bear painful lumbar punctures in the spine. Her attorney contended that the plaintiff’s condition came under control only after she had gone through numerous rounds of chemotherapy.

The defense attorney, however, maintained that when the CT scans were conducted for the first time in February 2010, the tumors were too small to be considered abnormal. Even after looking at the films the defense maintained the same stance. The defense also claimed that the toxic drug that she had to take was the best course of medication regardless of the condition and it worked well on her.

The Missouri medical malpractice attorneys who pleaded the case on behalf of the plaintiff said that the CT scan films that they produced in court as a proof of negligence worked in their favor. If your loved one has experienced a similar medical negligence, please contact Zevan and Davidson Law Firm at (314) 588-7200. We may be able to help you receive compensation for  the losses you have suffered due to the negligence of a medical caregiver.

When medical negligence occurs, you and your family deserve answers.  In one…Read