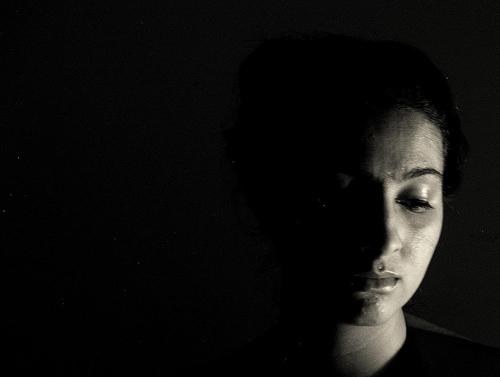 Mirena side effects can be serious and life-changing.

Sara is a mother of three who had the Bayer IUD device, Mirena, implanted three years ago. Mirena is a birth control device which is inserted into the uterus at the top of the uterine cavity. After having the device inserted Sara began experiencing serious pain she described as “excruciating.” The pain was so bad that Sara ended up in the emergency room, where it was discovered that her Mirena IUD had migrated. The IUD was no longer in place, it had perforated her uterine wall and was “floating around inside [her] abdomen,” according to Sara.

She needed emergency surgery to have the device removed. Mirena is designed to stay in place and remain effective for a period of up to five years. After five years you need to have the Mirena device removed and have a new one inserted if you choose to continue with this method of birth control. But Sara’s troubles with Mirena began much sooner than five years in.  She says, “It was horrible. I would never recommend it to anyone.”

Many women choose Mirena because when it works, it is a simple and effective form of birth control. And for many women it is safe. And, for many women, it is preferable to taking a pill or having to replace a patch or get an injection. Once it is inserted you can effectively forget about it.

But for other women, about 70,000 of them, adverse reactions have been painful, and in some cases serious. Since 2000, there have been 70,072 complaints about the Mirena IUD device. Some of the complaints are more serious than others, the more serious ones include instances of dislocation, like Sara’s experienced. The US Food and Drug Administration (FDA) has been amassing these complaints and has issued a report which states that there have been 4,775 women since 2008 who have reported experiencing device dislocation. A FDA spokesperson explained that with dislocation, Mirena can perforate the uterus and migrate into the abdomen, or it can become embedded in the uterus.

This complication can result in lacerations to other organs, internal bleeding, and can require surgeries to fix. Some women have needed appendectomies, hysterectomies, or have lost stomach tissue. One woman suffered from all three of these issues. Another woman had her Mirena migrate all the way from her uterus to her ribcage.

There are currently at least 100 Mirena lawsuits citing side effects pending in the Southern District of New York. There are also an additional lawsuits that have been filed in Bergen County Superior Court, New Jersey. There was a status conference held yesterday, August 14, for these Mirena product liability litigations.

If you or a loved one has experienced side effects from the IUD Mirena, contact a Missouri vaginal mesh lawyer as soon as possible. You may be able to join these class actions or file your own personal injury lawsuit against Bayer. Mirena side effects can be serious and life-changing. If you have suffered as the result of your IUD, you may be entitled to damages.

Our experienced vaginal mesh attorneys at the Zevan and Davidson Law Firm can help you to pursue maximum compensation.

or fill out our Online Case Evaluation form.

Mirena Lawsuits Due to Side Effects and Complications

More and more instances of complications with the IUD, Mirena, have been…Read