There are all types of harassment that takes place in a work environment that go unreported for fear of losing the job. 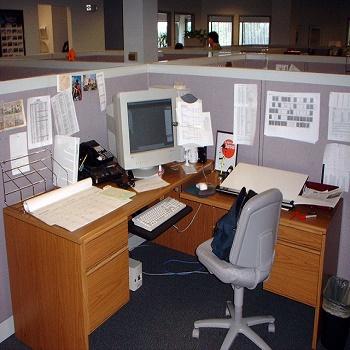 They can be sexual harassment, assault, verbal abuse, and discrimination. Everyone is entitled to a safe working environment and when that right is violated they should not fear retaliation if reported. If you feel that you were or are being abused at work, you should seek the advice of a Missouri personal injury attorney. Many large corporations have systems set up designed to handle such situations without legal intervention. It is possible that you will have to follow those guidelines first before filing your own claim.

There are many different ways that an employer could be found negligent if you are harassed or abused at work. Their hiring and retaining practices will be scrutinized to determine if the employee involved had a history of this type of behavior that the employer should have been aware of. Were other reports made against the employee that were ignored? If your own report to a supervisor was ignored, then that person could also be found negligent. Your employer has a duty to protect you from harm, and when that duty is breached they open themselves up to a lawsuit.

Many people are under the false impression that sexual harassment can only come from someone in a supervisory position. In other words, the assumption is that it is only harassment if you believe that not going along with it puts your employment in jeopardy. This is not the truth. Sexual harassment can come from a peer or even an employee working under your supervision. The law makes it clear that sexual harassment is any request for a sexual favor or comment of a sexual nature. So as long as it is offensive to you, it is harassment. Unwanted physical contact such as a slap on the behind is considered sexual assault. In those instances, there can also be criminal charges filed.

An employer is not allowed to retaliate against you if you report an instance of sexual harassment. Sadly, some will find cause to fire the employee after the fact. This is a clear infringement on your right to a safe workplace and grounds for a personal injury claim. Two Missouri women were given a $325,000 settlement after they were terminated for complaining about sexual harassment in their place of work.

Behaviors Considered to be Sexual Harassment

The U.S. Equal Employment Opportunity Commission has provided all employers with a list of behaviors that are considered to be sexual harassment. These rules apply to both men and women. Same gender harassment is also recognized by the law. They include:

If you have suffered at work from any of these scenarios, then you are being sexually harassed and need to report it. If your employer fails to amend the problem or terminates your employment as a result, then seek help from Zevan and Davidson Law Firm at (314) 588-2700. While there may be no physical injury to your person, the mental anguish and distress caused by sexual harassment could entitle you to receive compensation.