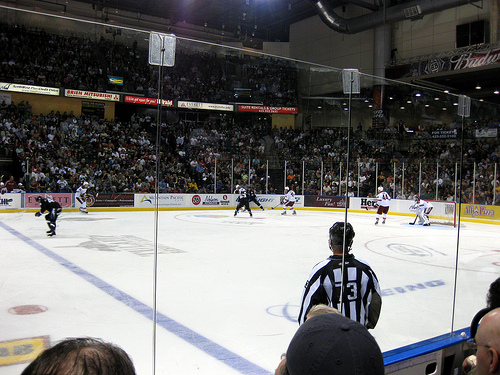 The family of NHL player Derek Boogaard has filed a wrongful death lawsuit against the National Hockey League.

Boogaard was a hockey player from Minneapolis, MN, and was known as the “Enforcer.” The lawsuit alleges that Boogaard’s addiction to narcotics was the fault of the NHL due to the frequent and serious brain injuries that he sustained throughout his hockey career.

Boogaard died at the age of 28 two years ago. The wrongful death suit was filed in Cook County Circuit Court, and makes the statement that Derek was diagnosed after he died with Stage II Chronic Traumatic Encephalopathy. This is a neurological condition that can be caused by multiple injuries to the brain. Boogaard was at risk because of the frequent blows to the head that he experienced. He was in over 65 fights throughout his six-season career.

Some recent studies have shown that athletes who have careers that expose them to repetitive brain injuries also have a greater chance of developing Chronic Traumatic Encephalopathy, which is degenerative.

Because of his TBIs that resulted from hockey fights, Boogaard allegedly became addicted to painkillers and sleeping pills. He had gone to rehab and was treated for addiction in 2009. The lawsuit describes how during that season, Boogaard was given a total of 1,021 prescriptions by trainers, staff, physicians, and dentists, who were employed by the NHL. The suit alleges that the NHL should have known that Boogaard was an addict and should have been aware that because of his brain damage, he could not be expected to be in compliance with whatever treatment he was receiving for his addiction. Additionally, the suit claims that the NHL actually was in violation of its own anti-drug policies when Boogaard relapsed after receiving addiction treatment.

Boogaard’s family filed the lawsuit against the NHL Players Association in 2012. They sought $9.8 million, but the case was dismissed in 2013 due to a missed deadline. The family blames the union for this, stating that it was interested in helping in the case against the league, but did not file in time.

There are an increasing number of brain injury lawsuits being filed against the NHL in recent years. These lawsuits tend to claim that the league downplays the risk of serious injury or allows injured players to participate, regardless of the potential for devastating injury or death.

If you have been injured or if a loved one has died, the lawyers at the Zevan and Davidson Law Firm can help you to get the compensation that you deserve in order to cope financially with the injury or the personal loss.