Your Loss of Future Earnings In A Medical Malpractice Lawsuit

You are allowed by law to recover a wide range of damages in a medical malpractice lawsuit, including future wage losses. 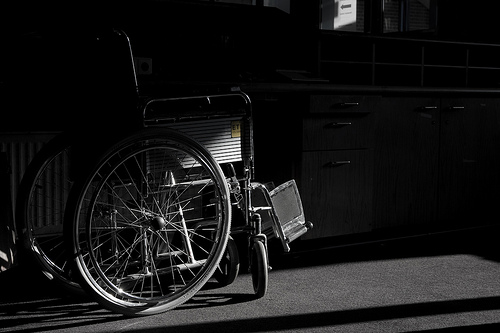 Last week, Pennsylvania judges upheld a jury verdict that had awarded a Pittsburgh family $10 million in a wrongful death suit against a hospital. A key component of the large award was based on the future earnings of the deceased, had the hospitals negligence not caused his death. A patient or their family is allowed by law to recover a wide range of damages in a medical malpractice lawsuit, including medical expenses, loss of enjoyment, and future wage losses. If you or someone in your family suffered further injury due to medical negligence and are now unable to return to work, consult with a Missouri medical malpractice attorney. Calculating your total losses can be extensive, and you want to make sure that you are compensated to the fullest extent allowed by law.

The interesting thing to note about the Pittsburgh case is that the large award was almost exclusively based on the deceased mans’ future earnings. At the first trial the judge did not allow the jury to factor in the gentleman’s future earnings when calculating an award, resulting in a $2.5 million decision. The family appealed that decision and was granted a new trial where jurors were permitted to hear evidence regarding the wage loss and how it has affected the family. This second jury awarded the family $10 million. During the first trial, when future earnings were not at stake, the defense had argued that it was the fast progression of his illness and not negligence that caused his death and that had it not progressed so rapidly he would have had a complete recovery. They changed strategy in the second trial and tried to claim that his condition had already reached the point where he would have been unable to return to work before any negligent act. This change in defense did not fool the judges who declared that the testimony given by their experts during the first trial bound the defendant to the admission that this patient would have recovered completely.

Losing The Ability To Work

When a patient loses the ability to return to work as a result of medical malpractice, their loss of future earnings must be taken into account. A Missouri woman settled her case against a neurosurgeon for $1.5 million when his failure to act quickly in response to her symptoms cost her the use of both of her legs. Factored into her claim was the amount of money she would have earned if she was able to go back to work. Future loss of earnings is a large part of these claims and should always be considered. If you are unsure whether yours were affected by medical negligence, call a Missouri medical malpractice attorney and have him take a look at your case. His expertise in the area will help determine how much compensation you are entitled to.

Compensation For All of Your Losses

It took 3 separate trials, but the family of the Pennsylvania man can now put this horrible ordeal behind them. The judges made a final decision upholding the juries’ verdict in the second trial. With the additional fees and interest the final award amount stands at $14.2 million, the highest seen in that county in over a decade. If medical negligence was the cause of yours, or someone in your families’ disability, take your case to Zevan and Davidson Law Firm. Our specialized knowledge of these types of cases will ensure that we fight to get you compensated for all of your losses, not just your medical expenses.  Call today at (314) 588-7200.

Medical malpractice can have devastating impacts on families, especially when the malpractice…Read